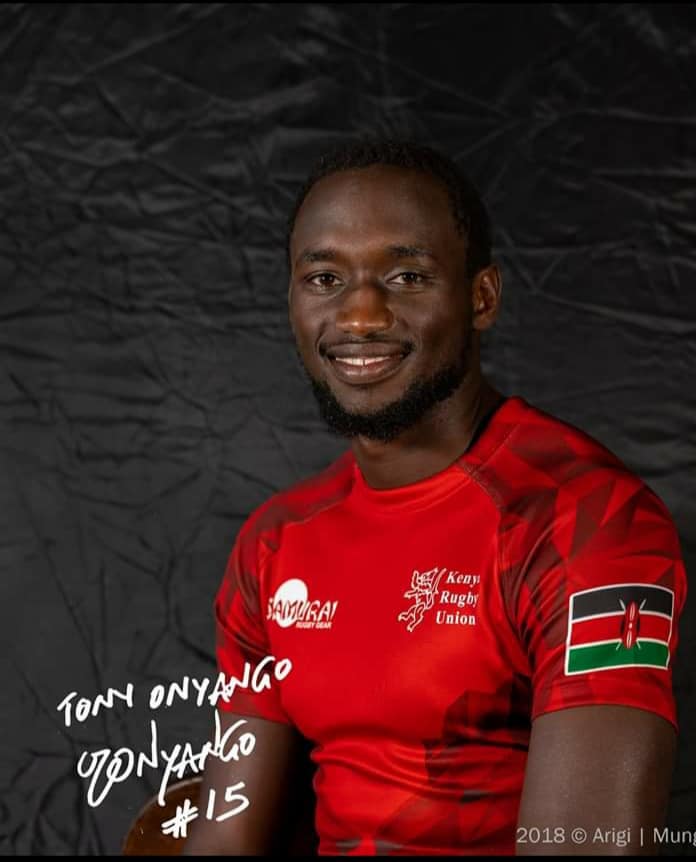 The  rugby fraternity has come together to honour departed KCB and Simbas fullback Tony Onyango who died last week aged 28.

KCB, the team that Onyango last featured for will hold a fundraiser is open to the entire rugby fraternity from 6.00pm at the KCB Sports Club in Ruaraka on Friday 13 March 2020 to offset funeral expenses.

For those who are unable to attend Friday’s event, there is a paybill number through which contributions can be made.

Onyango had played for the Kenya national team across all representative levels.

*The Kenya Simbas where he got his first call up under Michael Tank Otieno during the Elgon Cup against Uganda in April 2012 and became a regular under Jerome Paarwater, playing for the Simbas upto 2018 at the Rugby World Cup Repechage tournament in Marseille,France.

He was also part of the East African Elgon Warriors that played against England Counties in Kampala and Nairobi in 2012.

An alumnus of Maseno School ,he first played for Impala Saracens before joining Strathmore Leos and was part of the Leos squad that reached the 2012/13 Kenya Cup Final

He moved to Homeboyz where he won the 2016 National Sevens Circuit before moving to KCB where he was part of the squad that beat Kabras 23-15 in last season’s Kenya Cup final in Kakamega.

He leaves behind a wife and son and will be laid to rest on Friday 20 March 2020 in Nyarago Village, Awendo in Migori County