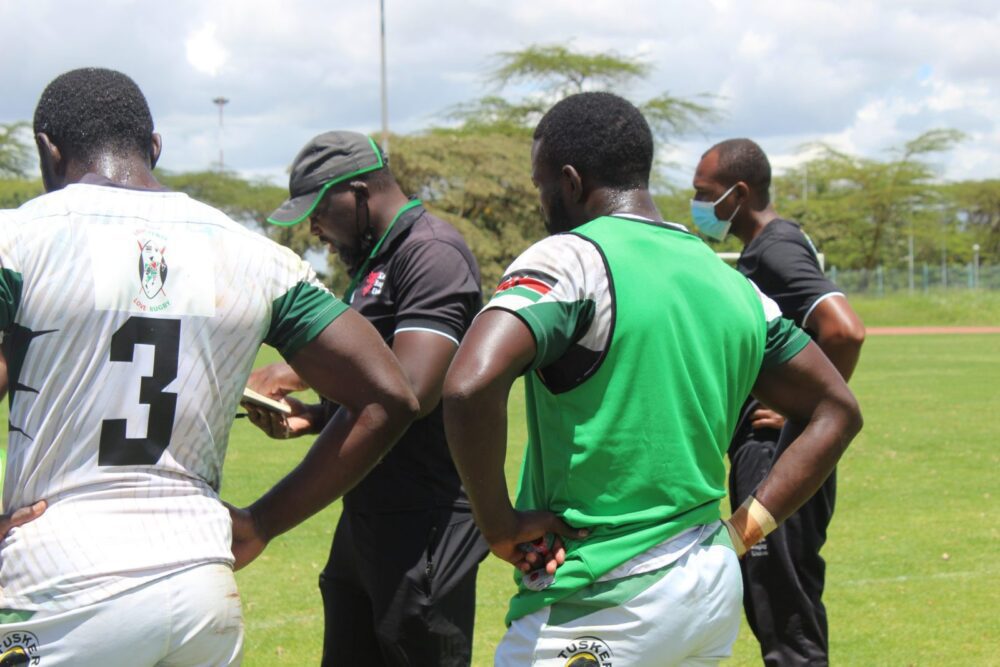 The Kenya Sevens team will head down to South Africa on Thursday morning for the ten-day Stellenbosch Solidarity Camp where they’ll also face South Africa, Uganda, and Zimbabwe on 8th/9th and 14th/15th May.

The team has been having a residential camp at the Moi International Sports Center since they got back from the Emirates Invitational Sevens. “We’re very happy with the progress seen in the team’s performance and we’re also at a stage where we need to expose more players and do more rotation so that we ensure we have an on-form team as we head out for the Olympic games,” said Simiyu.

Levi Amunga and Collins Injera are the new inclusions in the traveling team. “We want to give them a chance to see where they’re and how they’re progressing as well as how the team plays around them,” added Simiyu.

The team’s overall target is to keep ticking the right boxes when it comes to the on pitch performance, especially around the set pieces, which has been a key focus during their training sessions. Getting match fitness for the new players in the team as well as managing those who’ve been in the setup for the last six months is another target that Innocent Simiyu will be aiming for.

“We’re very happy that this outing is more of a camp because we will have opportunities for our players to do their refresher Level 1 7s coaching while the management does their Level 2s among other training that will happen off-pitch. We want to maximize fully during this camp so that we’re better equipped when we come back and better prepared going forward,” he concluded.