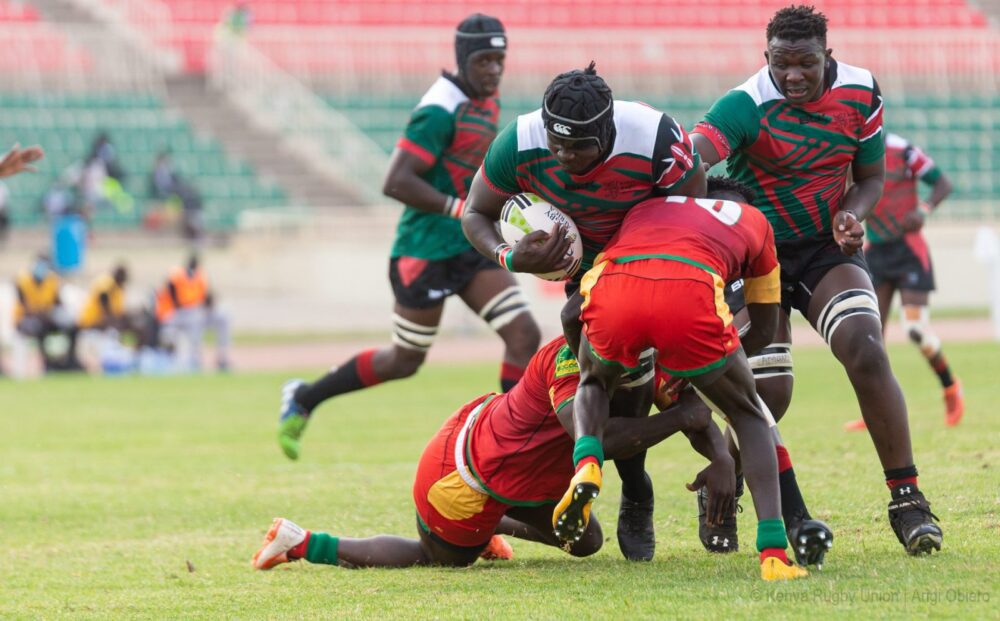 The Kenya U20, popularly known as Chipu, thrashed Senegal U20 50-3 in the first match of this year’s U20 Barthes Trophy played on Saturday 26th afternoon at the Nyayo National Stadium.

It was a slow first half, Kenya managing only two tries through influential winger Matoka Matoka and his opposite number William Opaka. Matoka missed both conversions but made up for the misses by drilling in a penalty from close range to make it 13-0 at the break.

The second half was nothing like the first; it was more frantic and fast-paced. Kenya came out guns blazing and it only took Ibrahim Ayodi three minutes to score the first try of the half. Matoka split the posts with the ensuing conversion to make it 20-0 in favor of the hosts.

From then on it was evidently an uphill task for the visitors to try and contain the rampant hosts, Kenya adding more tries through second-half substitute Tyson Juma (2), Matoka Matoka, Reinhard, and Anderson Oduor.

Senegal could only manage a penalty goal through their Captain Ameth Sarr.

The Kenyan Captain was clearly the happier of the two at the final whistle insisting that they were reaping the fruits of their hard work in camp. “We were not settled in the first half. We had to be composed in the second half and we made sure we made the right decisions,” says John Baraka, Kenya’s Captain.

On his part, Kenya’s Head Coach Curtis Olago rued missed opportunities in the first half but insists that he is happy with the overall display of his charges. “I am happy with the game, a bit of a slow start but we executed in the second half.”

The visiting Coach is however not too happy with his team’s display. “The game was a good one, we were well prepared but unfortunately a litany of errors cost us the game in the second half,” comments Tounkara Bayel, Head Coach of Senegal U20.

Senegal will look back at the missed chances and poor discipline as their main undoing but are confident their next outing will be different. “We will look back at the videos and see where we need to work on, it is a good lesson and I am sure that we will be well prepared for the next game,” adds Tounkara.

Both teams will now take on Madagascar to get the final rankings at the end of this round-robin tournament.