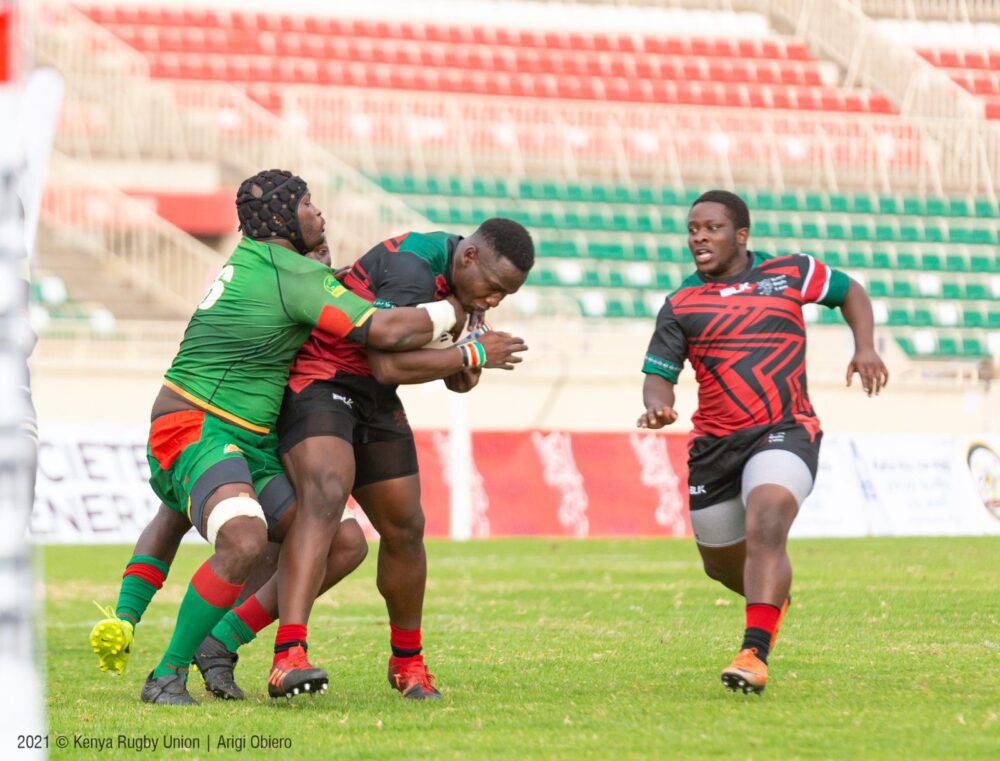 The Simbas started their 2021 Rugby Africa Cup campaign with a shock 20-19 defeat to Senegal at the Nyayo National Stadium on Saturday 3 July 2021.

Senegal center Georges Mendy barged over at the death, Saibo Sakho converting to the 54th ranked West Africans a famous win over their more illustrious opponents, Kenya who were ranked 32nd in the world heading into this clash.

Fijian born Jone Kubu, one of seven debutantes for Kenya got the proceedings underway, drilling home two penalties as the hosts took a 6-0 lead.

This match continued to be a cagey affair, the bigger Senegalese electing to keep it tight and bully the Kenyan forwards. Mamadou Ndiaye soon halved the deficit with a penalty kick before Kubu played in the evergreen Darwin Mukidza who scored in the corner. Kubu converted from a tight angle to give Kenya a 13-3 lead  before Sakho drilled home a penalty for Senegal, the scores 13-6 to Kenya at the interval.

The Senegalese grew in confidence, thriving in contact play, an aspect of play that Kenya simply could not cope with. They inevitably drew level when Demba Koine scored off the rolling maul, Ndiaye converting for a 13-13 score.

Senegal were soon down to 14 men after Mendy was sent to the sin bin, Kenya unable to capitalize on the extra man advantage despite a penalty and a drop goal from Kubu.

Everything fell apart for the hosts in the final seven minutes, first losing Kubu to injury, Davis Chenge to the sin bin and conceding the converted try that condemned them to their first home defeat since 2019 when they lost 16-13 to Uganda in Elgon Cup action in Kisumu.