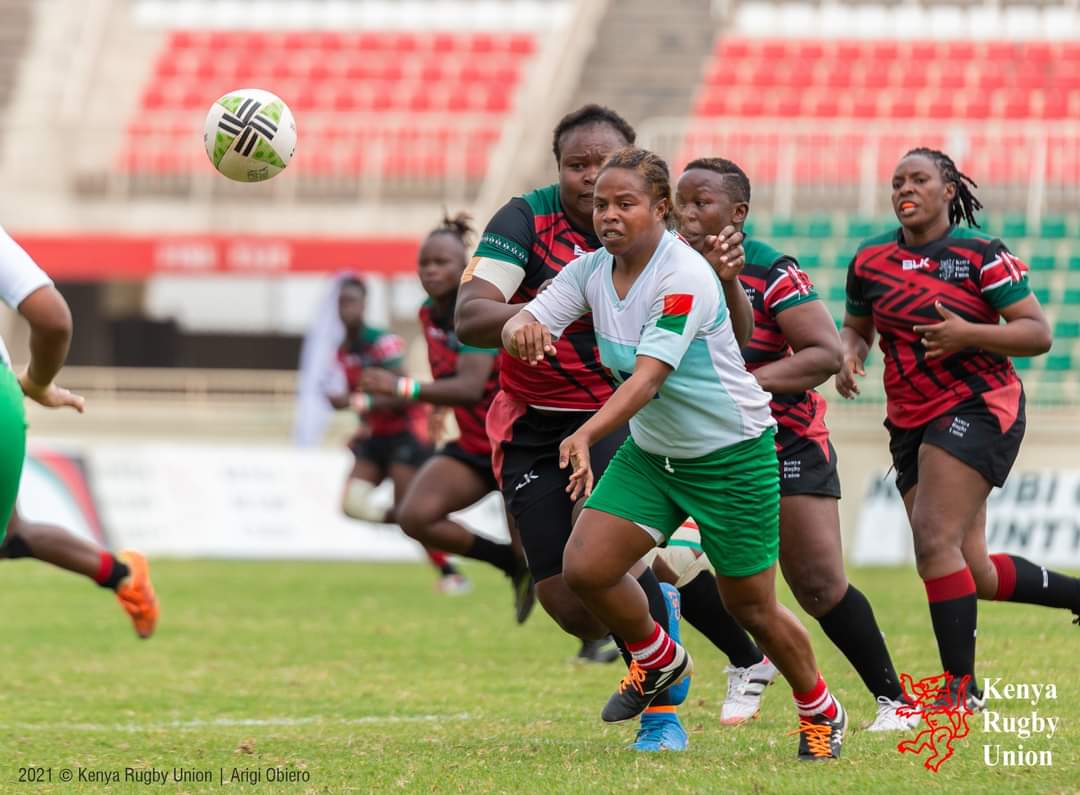 Madagascar made it two wins out of two in the Rugby Africa Women’s Cup as they beat hosts Kenya Lionesses 10-0 in a game played at the Nyayo National Stadium on Sunday 11 July.

The Lady Makis were quick off the blocks as they looked to do a double over the Kenya Lionesses, talismanic captain Rasoanekena Veronique Eluriche going over in the 5th minute.  Fly half Rahariravaka Andoniaina Marie Vacilly missed the ensuing conversion.

Madagascar would then hold on to the slim lead for 65 minutes before Veronique made the game safe with her second of the match in the 70th minute, Ravololoharijaona Tsiriniaina Bodonirina missed the conversion.

Despite all their efforts, the Lionesses came up short as Madagascar defended with their lives to secure only their second win in test rugby.

Speaking after the game, Kenya Lionesses Assistant Coach Mitch Ocholla blamed the loss on lack of execution and creativity. “I believe we should have executed much better although am happy that our defense was our biggest win today. We shipped in fewer points compared to last weekend. We just did not create enough chances to win the game,” says Ocholla.
“From the word go we were not dominant in our scrums and we could not set the platforms that we wanted to build our play on. I am happy with the team so far but I think today we did not play according to our instructions.”
Up next, the Kenya Lionesses head down south to play South Africa in two test matches on 7th and 14th of August  as part of their preparations to face Colombia in a World Cup pre-qualifier in August in Nairobi.