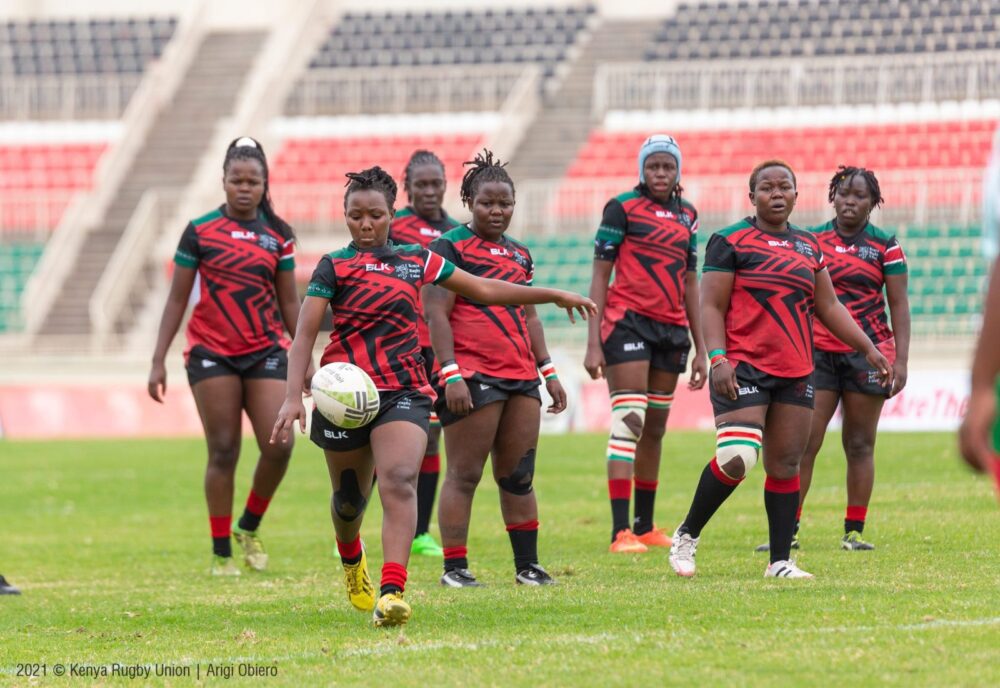 Kenya will play Colombia in their rescheduled Rugby World Cup repechage qualifier on 25 August 2021 at the Nyayo National Stadium in Nairobi.

This fixture was originally set for Saturday 18 April 2020 before being postponed in support of the Kenyan Government’s precautionary measures to protect public health against the COVID-19 pandemic which ravaged local and international sport.

Head Coach Felix Oloo, currently in Tokyo for the Olympics with the Kenya women’s national sevens team said, “The team has been preparing quite well. Our sessions have been quite eye opening. A number of my players are away on Olympic duty with the sevens team but I believe the remaining players have received a taste of elite international rugby in the two tests against Madagascar.  As a technical bench we are spoiled for choice and pretty positive heading into the clash against Colombia.”

Kenya Rugby Union Chairman Oduor Gangla said, “This is the first time we have an opportunity to be able to compete for the right to play in the RWC and it is a testament to the growth of the women’s game in our country.

Obviously it is unknown territory and we have started our preparations for the game and are really looking forward to the particular match where we will be able to test ourselves against Colombia and hopefully proceed on to the repechage.

The women’s team has been evolving and making a lot of progress. We’ve also now split our sevens and fifteens teams just to ensure that we are able to field a very competitive side going into the competitions.  We’ve just had two fixtures in the Rugby Africa Women’s Cup as part of our preparations, the first time that we have played without our sevens players and that is a pointer of the depth that we are developing in the women’s game in Kenya.

The opportunity to be able to compete at the highest level is always the dream of every player or coach and we really appreciate World Rugby for  giving us that opportunity and for the support they have given us towards the growth and development of women’s rugby. I just want to wish the Lionesses the very best as they prepare for the Colombia match.”

Kenya’s Lionesses earned their ticket to this stage of the competition after finishing second behind South Africa in the 2019 Rugby Africa Women’s Cup while Colombia’s Las Tucanes defeated Brazil 23-19 in their Sudamérica Rugby region playoff fixture on Saturday 7 March 2020.

The repechage tournament will consist of the second placed teams in the Asia, Europe and Oceania regional tournaments and the winner of the play-off between South America and second-placed team from the Africa regional qualifier.

The 2021 Rugby World Cup is scheduled to be the ninth edition of the Rugby World Cup for women, to be held in New Zealand in the cities of Auckland and Whangārei. It was originally to be held in 2021, but was officially postponed by a year in March 2021 due to COVID-19 and will now take place from 8 October to 12 November 2022.