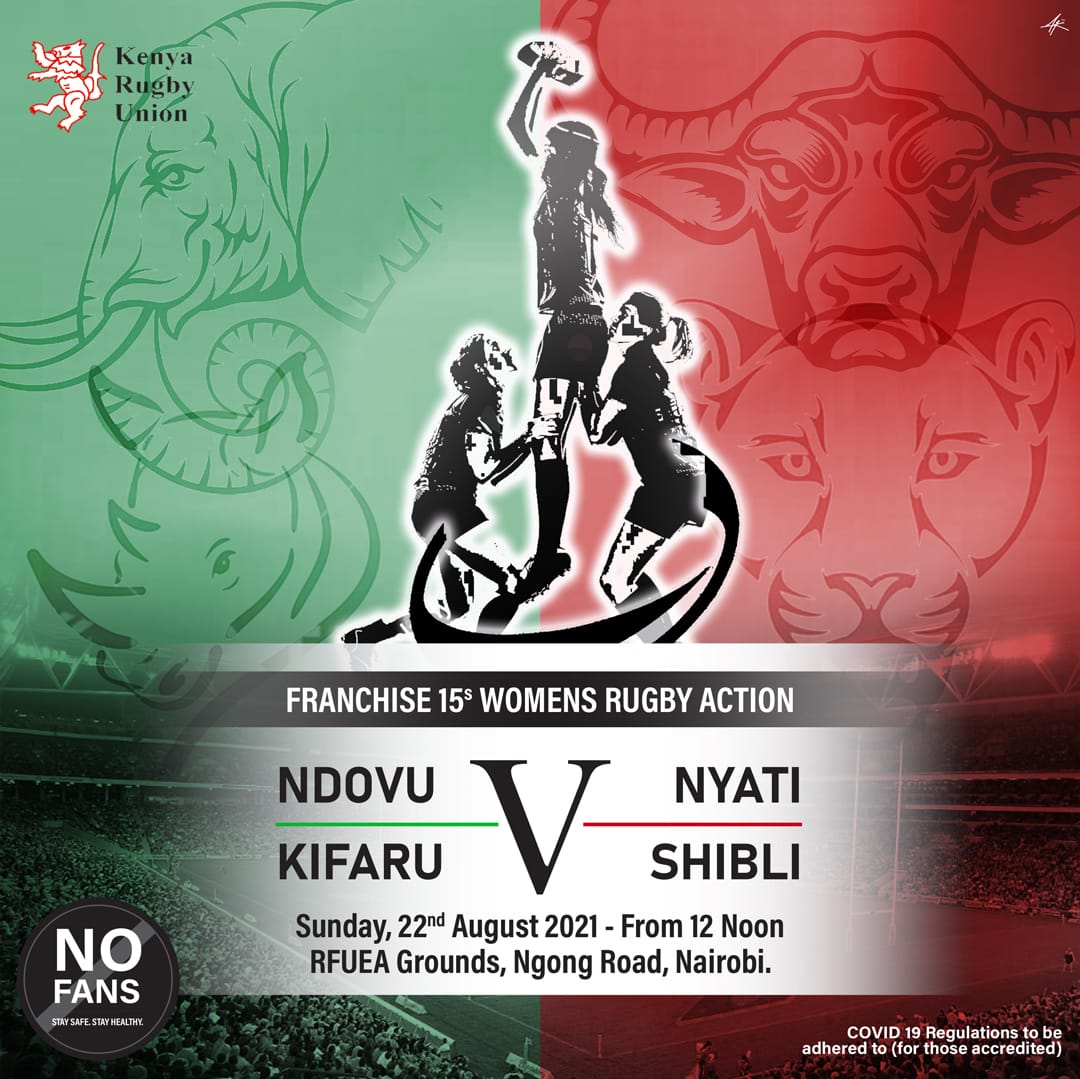 The Kenya Rugby Union will on Sunday 22nd August hold a women’s 15s franchise tournament at the RFUEA Grounds featuring four sides. Three of these have taken part in previous KRU Women’s tournaments (albeit under different names) while one, namely Shibli will be making its debut. Shibli is the Swahili term of a Cub (Baby Lioness)

Shibli is the Women’s U20 team that is being built to serve as a feeder team for the senior National Women’s 15s team as we target qualifying for the next Rugby World Cup. Shibli will feature 27 players selected by the KRU Regional Development Officers across the country; Coast, Central, and Nyanza regions have produced three players each while Nairobi, Western and Rift Valley Regions have produced six players each.

The selection of these players has been spearheaded by KRU’s Development Coordinator Ronald Okoth and former Shujaa and Chipu coach Paul Murunga who have been going around the country briefing coaches and RDO’s on what is expected in the selection of the U20 players. This initiative is an ongoing process that will continue to be held to ensure we have a strong Shibli side in the years to come

For the other three teams namely, Ndovu, Kifaru, and Nyati this tournament will help them prepare for the upcoming 15s Franchise league scheduled to kick off later this year. Ndovu comprises players from Nakuru, Kisumu Dolphins, Bomet University, UOE, and Western Spear. Players from Impala, Ruckit RFC, Twiga RPS, Kitengela Sharks, and Silver Springs have come together to form the Nyati franchise while Kifaru Franchise comprises players from Northern Suburbs, Mwamba, Shamas, and Bladbabes.

The first match pitting Ndovu vs Nyati will kick off at 12:00Noon and the second one between Kifaru and Shibli will kick off at 3:00 pm. The winners will meet on 19th September for the final while the losers will also face off on the same date for the third and fourth fixture.