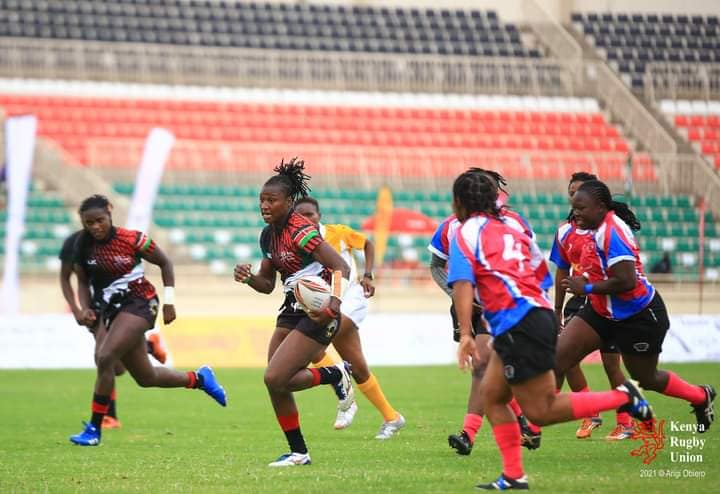 Kenya Lionesses emerged victorious in the women’s competition at the just concluded Safari 7s, completing their round robin fixtures unbeaten.

The competition attracted a total of five teams from four countries. Hosts Kenya fielded two teams with Uganda, Zimbabwe and the Titans Rugby Academy from South Africa completing the field.