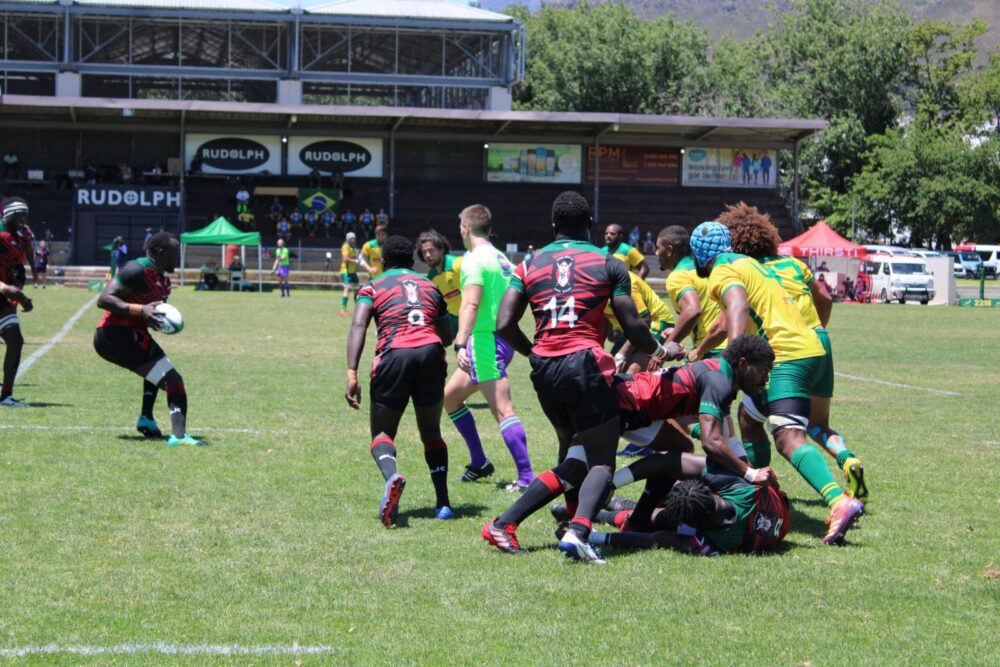 Brazil were first to register points on the scoreboard as they sliced the posts twice with two penalty kicks before Simbas responded with their first penalty for a 6-3 score.

Brazil landed their first try that was quickly neutralized by Kenya as Fly half Jone Kubu exploited a gap in the Brazilian defense line, attacked it and went over for his side’s first converted try. The Paul Odera charges quickly built up on their momentum as the backline’s ball-in-hand skills came into play leading up to John Okoth’s unconverted try.

The Simbas taking the two-point lead as the scoreboard read 15-13 to the Simbas. However, an infringement by Simbas in their 22M presented Brazil with a chance to take the lead and they quickly did so through a successful penalty kick. Scores at this point read 16-15 to Brazil.

In the last minute of the first half, the evasive Vincent Onyala swung past his defenders making his way over the whitewash with the conversion splitting the posts. Kenya Simbas taking the 22-16 lead at the break.

The second half, errors by Simbas got them penalized twice in their red zone as they defending and both resulted in Brazil being awarded two penalty tries that sandwiched Simbas first try in the second half. Brazil held on to the one-point lead for eight minutes before a counter attack from the Simbas backline resulted in Samuel Asati going over the whitewash. Kubu’s conversion handed Simbas the 36-30 score that they held on to full time.