Shujaa has a good platform to build on, says Innocent Simiyu 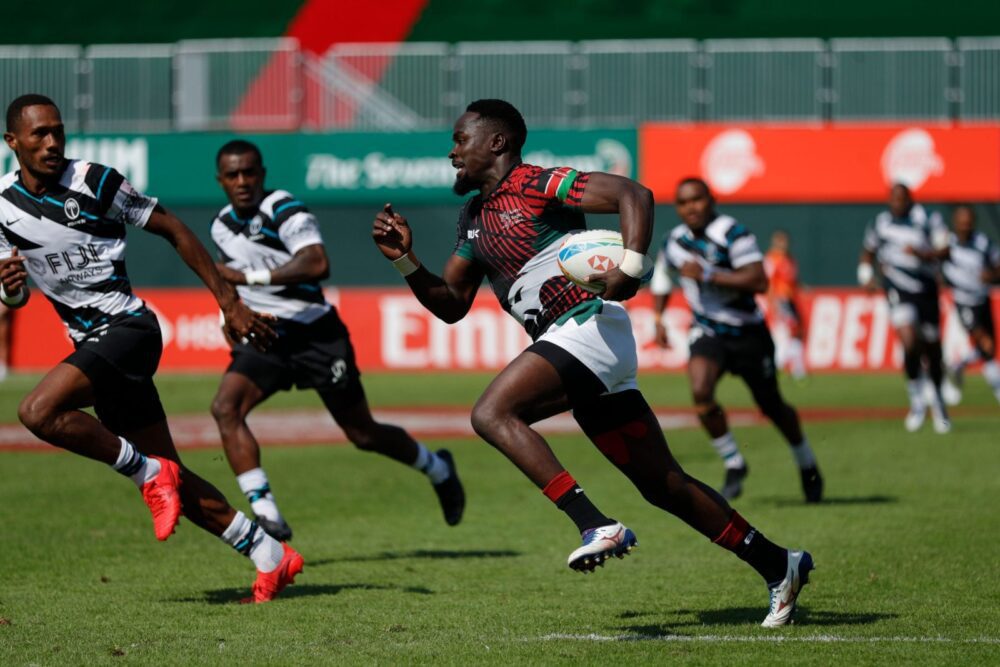 Shujaa kicks off the second leg of the Dubai sevens on Friday 3rd December morning against Australia at 8:44am EAT. In the second match, they’ll go up against USA Rugby at 1:20pm before wrapping up their day one action against Canada at 4:46pm EAT.

In the first leg, last weekend, they finished eighth after losing 7-29 to Ireland in the seventh place ranking match.

Speaking after the Wednesday training session, Head Coach Innocent Simiyu said they are satisfied with the team’s overall performance. “We have a long season ahead culminating with the World Cup and we believe we have a very good platform to build on,”

He added that the preparations this week have been largely centered around player recovery as they build up to the second Dubai sevens weekend. “We’ve also addressed a few areas of concern in our game  around our attacking shape, kick off and possession. Our key target leading up to this tournament is to improve on our performance across the board and hopefully we can get better results from that.” he concluded.

We go at it again in the second tournament at the @Dubai7s .
Here are the local timings to our Pool B fixtures#Dubai7s #Shujaa @moscakenya @sportsfundkenya @WorldRugby7s pic.twitter.com/NiULKAE3wu