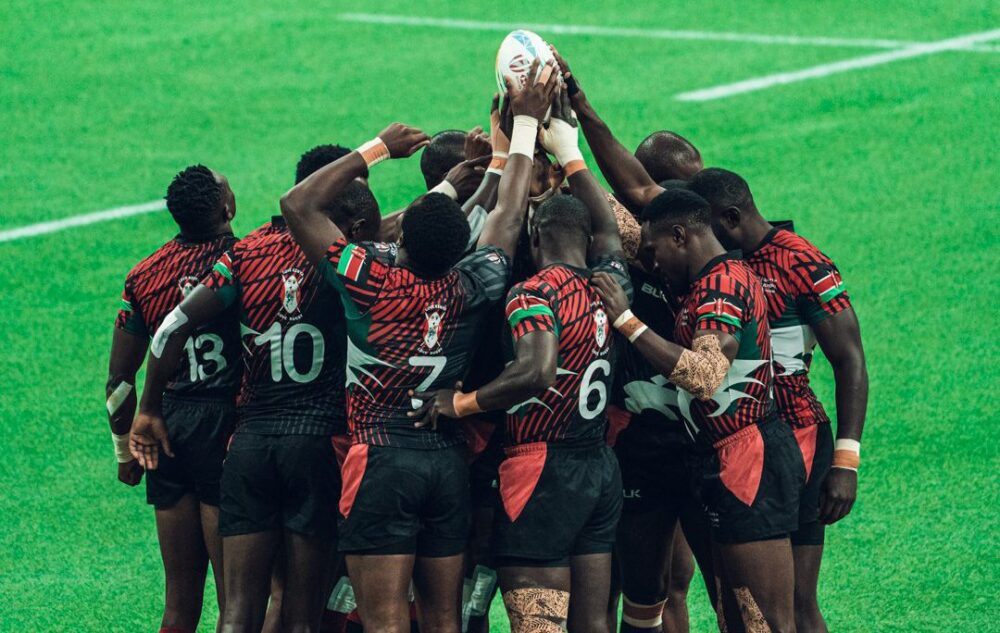 Kenya have qualified for a sixth consecutive Rugby World Cup 7s after beating Zambia 19-12 in the third place playoff at the Africa 7s in Kampala, Uganda on Sunday 24 April 2022.

Harmony Wamalwa landed a brace with Augustine Lugonzo scoring once as Tony Omondi secured the result with two conversations.

The team had earlier fallen to a 22-12 semifinal loss to Uganda, this result coming off the back of a 12-7 loss to Madagascar in their final pool match.

Kenya reached  the semifinals at the Africa 7s after a 100% performance on the opening day of the tournament at the Kyadondo Ground in Kampala, Uganda on Saturday 23 April 2022.

Shujaa defeated Namibia 33-7 to make it two wins from two in Pool A.

They had  began their Pool A fixtures at the Africa 7s with a hard fought 24-19 victory over Zimbabwe at the Kyadondo Rugby Club in Kampala. They raced to 7-0 lead when Tony Omondi converted Billy Odhiambo’s try. Zimbabwe responded with three tries, two of them after Shujaa lost Tony Omondi to the sin bin.

With the scores at 19-7 to Zimbabwe deep in the second half, Omondi would then convert Bush Mwale’s try for a 19-14 score before further tries from Alvin Otieno and Daniel Taabu won it for Kenya who next play Namibia.

After a slow start, it was Herman Humwa who scored the opening try with Tony Omondi converting for 7-0 lead at the interval.

He then converted one of Bush Mwale’s two second half tries to secure the result.