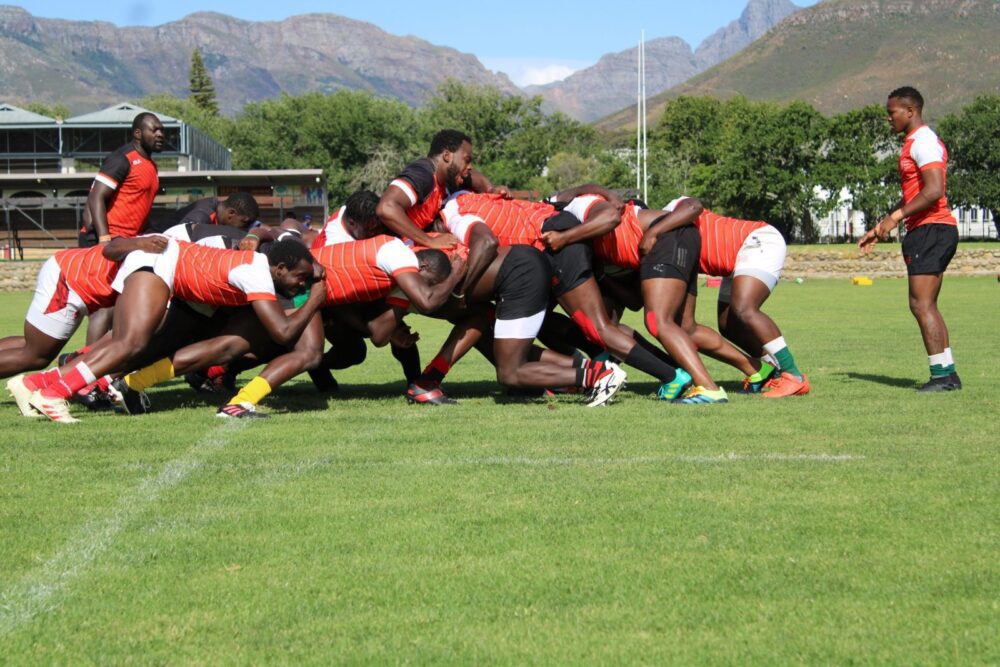 With rugby united in its mission to be the most progressive sport on player welfare, the package of five laws have all been approved with welfare advancement in mind and following a global trial period of one year where every player at all levels has been able to play under them and have their say.

The scrum brake foot, trialled in this years’ Six Nations Championships, will move from a closed to global trial, meaning it will also feature at the men’s and women’s Rugby World Cups in 2022 and 2023.

World Rugby’s Laws Review Group and High Performance Rugby Committee made the recommendations to the World Rugby Council following detailed analysis of welfare and shape of the game data as well as feedback from the Game, including players, coaches, match officials, medics and public.

All five trials were deemed to have positively enhanced both safety and spectacle and were unanimously approved by the Council. They are:

The Council also approved minor amendments to the laws to accommodate the rulings on law clarifications raised by member unions since 2020, adding clarity to the respective areas of law.

Approval of the new laws builds on the package of Game On Community Law Variations providing national unions with the ability to implement modified laws at a domestic mass participation level.  Allowing each union to further game experience and safety for participants by meeting the specific needs of the game in their nation. Unions can pick and choose from dependent on their context and purpose.

World Rugby, fully supported by member unions, competitions and players, will continue to evaluate the impact of the new laws against the central objective of supporting positive welfare outcomes, including head injury prevention, as the only sport that gathers and publishes game-wide injury data.

Following representation from member unions and player groups, there will be a renewed focus on side entry by both attacking and defending players at the breakdown. This reinforces player protection and safety and ensures a fair contest for the ball in this dynamic area of the game. This will come in the form of a Law Application Guideline to be confirmed at the international match officials camp to be held ahead of the July international fixtures.

World Rugby Chairman Sir Bill Beaumont said: “Rugby’s laws are fundamental to its accessibility, appeal and safety. It is our mission to ensure that the laws are the best that they can be for everyone playing the game and the approval of these laws following detailed evaluation and widespread consultation, underscores that commitment.

“I would like to thank every player, coach and medic at every level for participating and providing feedback on this trial – your views are important to us and we will continue to consult with you as we work together to cement rugby as the most progressive sport on player welfare.”

World Rugby Chief Player Welfare and Rugby Services Officer Mark Harrington added: “Law evaluation is an important facet of our holistic approach to reducing the risk of injury in the sport and we continually monitor, review and evolve the laws of the game with the ambition of making rugby as simple and safe as possible.

“The majority of these trials were born from the 2018 Player Welfare and Laws Symposium and reflect the sport’s united and unwavering intent when it comes to protecting players at all levels. Each new law has been developed with the input of experts and reflect an evidence-based approach to reducing higher-risk behaviours by changing the nature of the contact area of the game or reducing overall contact in a game situation.

“We never stand still when it comes to welfare and in addition to this important work, we are near completion of a ground-breaking study into the frequency and nature of head impacts in community and elite rugby in partnership with the University of Otago and University of Ulster, undertaking further women-specific research and validation of the contact training guidance published last year. All of these priority strands will inform the decisions we make to advance welfare for players at all levels of the game.”

Council’s approval brings to a close a process that began with union submissions on potential welfare-focused law amendments at the 2018 Player Welfare and Laws Symposium in France.

Those deemed by the dedicated Laws Review Group to be the most effective were progressed through a programme of detailed evaluation and feedback (including public consultation) before closed law trials were approved in 2020 before the most impactful progressed to global law trials in July 2021.