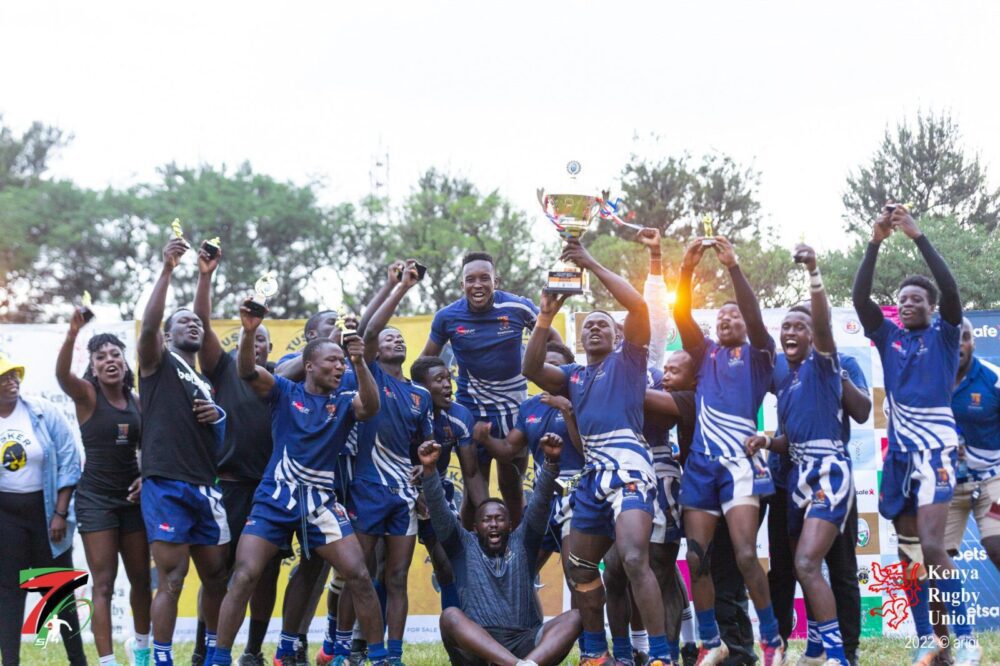 Strathmore Leos are the new Christie 7s champions, defeating KCB 15-10 in an entertaining cup final at the RFUEA Ground on Sunday 29 May 2022.

The varsity students were quick off the blocks, catching KCB cold with an early, unconverted try from Philemon Olang.

It was soon 10-0 when Barnabas Owuor landed a second try for the Leos before Geoffrey Okwatch responded with an unconverted try for KCB.

Matthew Mogaya added a third try for the Leos who took a 15-5 lead into the interval.

KCB chased the game in the second half but despite Levi Amunga’s unconverted effort, they were unable to get more points on the board, ceding their title to the Leos.

The two sides are joint top of the National Sevens Circuit after the opening two rounds.

Action in the National Sevens Circuit resumes with round three action in Mombasa at the Driftwood 7s on 18/19 June.

ICYMI | The final scores from the second round of the National Sevens Circuit#Christie7s #NSC2022 pic.twitter.com/ZzbngmCOWR