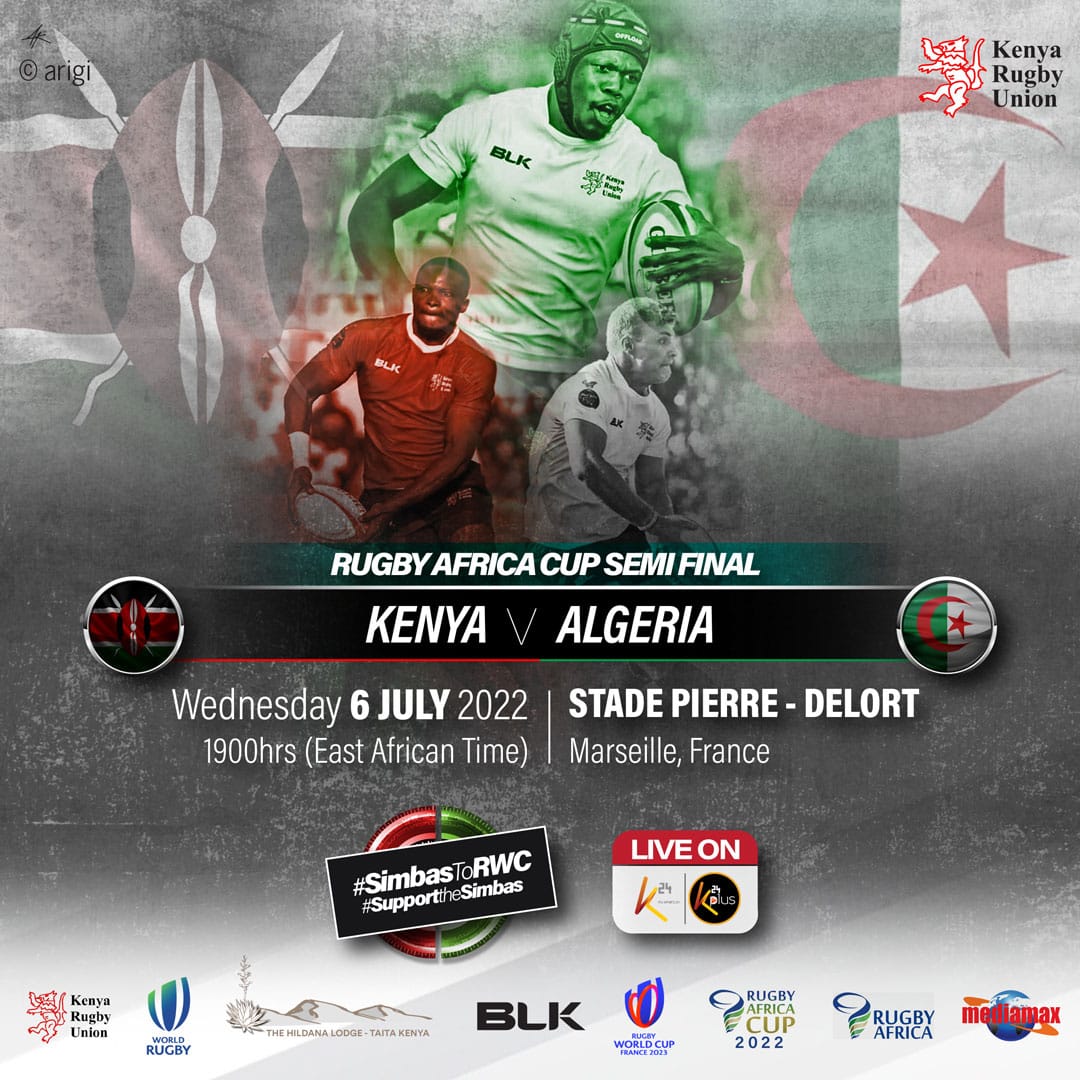 The Kenya Simbas have resumed training today, Monday 4th July, after taking a days rest since their clash against Uganda on Saturday 2nd July 2022.

The team kicked off their training with a gym session at the Saint Maurice David Stadium before heading to their designated pitch for the field session. Speaking after the training sessions were done, Head Coach Paul Odera said that the recovery sessions yesterday had been an eventful recovery process after their big game against Uganda. “It’s going to be a challenge getting the knocks and bruises out and have the players physically and mentally ready to play in the next match within three days which is the turn around time.

Current injury concerns are those of Collins Injera, Vincent Onyala plus three players who had bad cases of dehydration. However, we’re trying to see how hard the medical team can work on the recovering after which we shall make a call on whether they can play either tomorrow evening or even on the morning of the match day,” he said.

He continued to give credit to the players who trained very well in the gym and pitch sessions. “The best part is that the layers are really focused on the semifinal, they’re policing and being hard on themselves. They are looking to see the quality of rugby that they can produce and what needs to be done,” he added.

Speaking on the upcoming semifinal against Algeria, he stated that indeed, it will be a big match, “They are a good side, they are clinical, sleek, accurate and have big forwards. They are experienced for being in the game for a long time so we know that they’ll be tactically ready to play us on Wednesday.