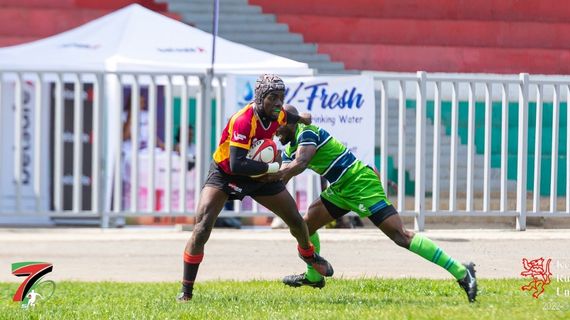 The National Sevens Circuit leadership is finely poised heading into the penultimate round in Nakuru this weekend.

Defending champions KCB hold a slim three-point lead, having accumulated 75 points after the four previous rounds.  Dennis Mwanja’s won the season opening Kabeberi 7s before losing the Christie 7s cup final to the Strathmore Leos a week later. This was followed by two third place finishes at the Driftwood 7s in Mombasa and last weekend’s Dala 7s in Kisumu.

Gibson Weru’s Menengai Oilers on 72 points in second place. The side from Nakuru registered back to back third place finishes at the Kabeberi and Christie tournaments in Nairobi before losing successive cup finals at Mombasa’s Driftwood 7s and the Dala 7s in Kisumu.

Early pacesetters Strathmore Leos are currently placed third on 66 points, starting the season with a cup final defeat at the Kabeberi 7s before bouncing back to win the Christie 7s a week later in Nairobi. They would exit the Driftwood 7s at the quarterfinal stage, eventually finishing sixth before claiming a fifth place finish at the Dala 7s.

Mwamba and Homeboyz, winners of the last two tournaments in Mombasa and Kisumu occupy the fourth and fifth positions on 63 and 60 points respectively.

Makueni lead the Division Two Standings on 58 points, just one clear of the Administration Police Warriors on 57 points with the Catholic Monks (44 points), Kabarak University (40 points) and the Zetech Oaks (34 points) closing out the top five.