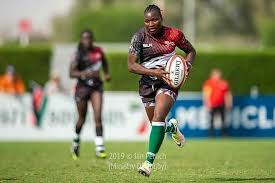 The women’s national sevens team, Lionesses, will be among the teams seeking promotion to the HSBC Sevens World Series when they play at the World Rugby Sevens Challenger Series in Santiago, Chile from 12-14 August 2022.

The Lionesses are in Pool D of the women’s competition with hosts Chile, China and South Africa, who played as an invitational team in the final event of the 2022 Series in Toulouse in May.