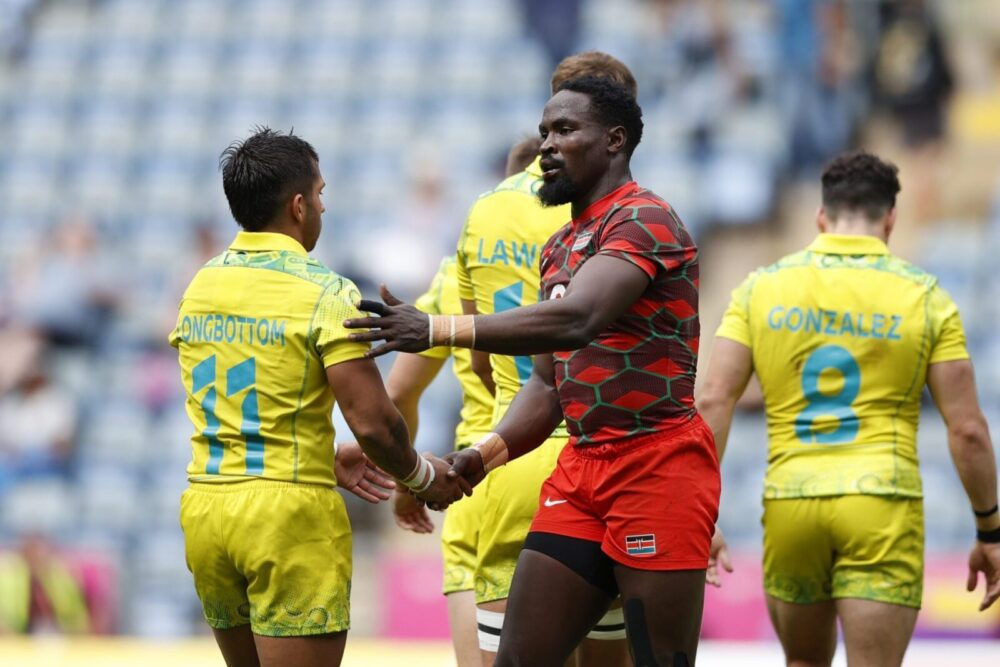 Shujaa finished second in Pool D action at the Commonwealth Games, going down 7-5 to pool winners Australia at the Coventry Stadium on Saturday 30 July 2022.

It was a close match between the two sides, Alvin Otieno eventually putting Shujaa ahead with an converted try for a 5-0 lead at the break.

And it remained a slug fest after the restart, Australia eventually drawing level through Corey Toole before Dietrich Roach converted to give the Aussies the lead as Shujaa desperately sought to win the match, the full time whistle soon sounding.

Both teams are through to the quarterfinal stage and remain in medal contention.