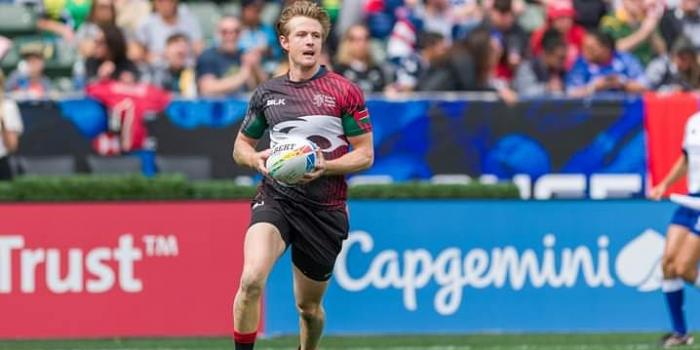 Commenting on his social media handles, the 28 year old said, “It’s fair to say that these past 21 months have been the hardest of my life but also the most rewarding in a weird way!

However, it comes with a heavy heart that I have taken the step to retire from rugby and finally hang the old boots once and for all!

What a journey it has been and I can’t thank everyone enough for the love and support I have had that has made this journey and chapter in my life an incredible one! I leave the amazing game with plenty of memories and friends for life from all corners of the world!”

Dennis, who played his club rugby for record Kenyan champions Nondescripts was part of the Shujaa squad that secured qualification for the Tokyo Olympics after winning the 2019 Rugby Africa 7s in Johanesburg, South Africa.

He would however miss out on the games after sustaining a serious leg injury after being hit by a runaway driver while riding his motorbike in Nairobi in November 2020. He would undergo a series of reconstructive surgeries that ultimately failed to revive his career.

We at the Kenya Rugby Union thank Oscar for his dedication and service to the game of rugby on the club and national team fronts and wish him all the best in his future ventures.