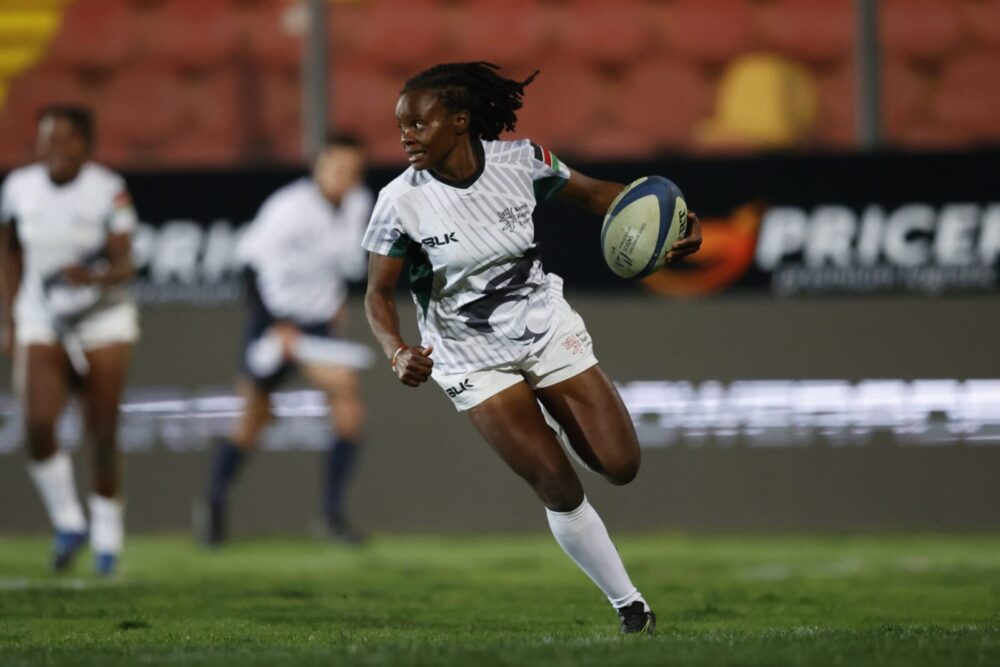 The Kenya Lionesses beat rivals Women Boks 31-5 in the second Pool D of the Challenger Series in Chile to finish top of the Pool.

They took a few moments to settle into the match before the mercurial flyhalf Grace Adhiambo’s quick change in direction as they were attacking saw her race down the pitch to score the first try. Lionesses taking the early 5-0 lead after the unsuccessful conversion.

Laurine Akoth’s carry into the opponent’s half set up Lionesses for their second try as Stella Wafula cleared the ruck, passing to Captain Judith Auma who exploited a gap in the South African defensive line making her way under the posts. Grace converted Auma’s try extending their lead to 12-0. The Women Boks managed to score a try at the stroke of half time but the conversion was short for a 12-5 half time score.

The Lionesses came firing from all cylinders in the second half. Off the restart in the second half, Janet Okello picked the ball and rounded her defenders from our 22M mark as she made her way to the try line dotting down for our third try, Grace sure with her boot added the extras.

Judith Auma added onto the tally as she once again cut through her defenders like a hot knife through butter making her way under the posts for her brace and Kenya’s fourth try. Grace added the extras for the scoreboard to read 26-5 in favour of Denis Mwanja’s charges.

Grace Adhiambo sealed the sweet victory with a corner post try that originated from a scrum in the Women Bok’s half, Auma passed the ball to Grace who landed the final try at the corner. The Lionesses walking away proudly with the 31-5 victory.

They take on hosts Chile today at 5:34pm in the final Pool D match. The matches are being aired live here: https://www.world.rugby/video/736593/live-sevens-challenger-series-2022-day-1 courtesy of World Rugby.