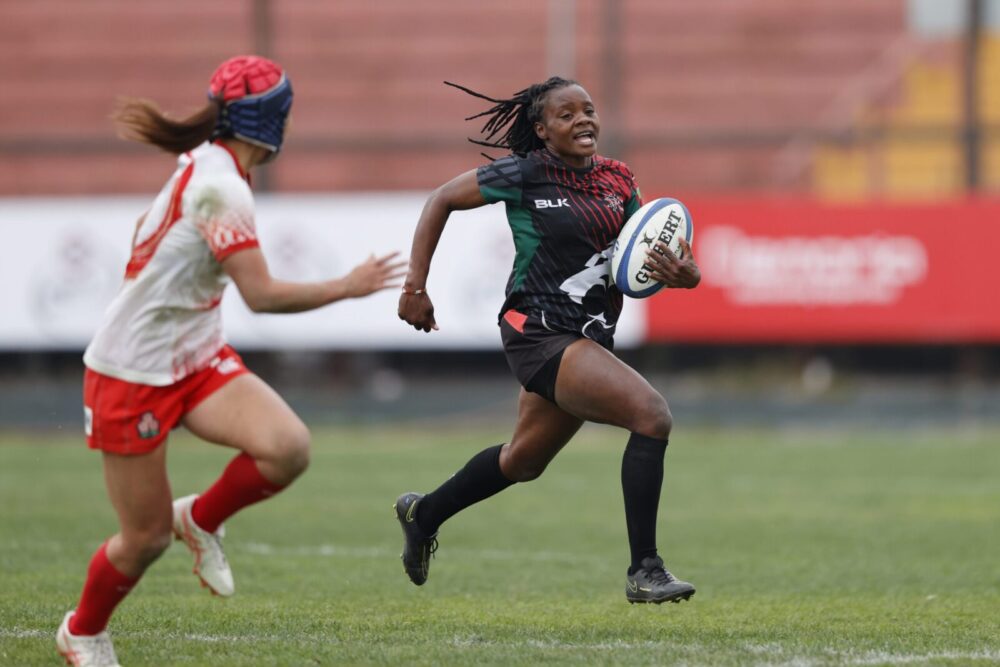 Kenya’s hopes of playing on the 2022/23 World Rugby Sevens Women’s Series are over after the Lionesses fell to a narrow 22-15 semifinal defeat to Japan on Sunday evening in Santiago, Chile.

Dennis Mwanja’s charges were unfazed by the former series core side, competing with their more illustrious opponents in all facets of play.

They would eventually fall behind to Michiyo Suda’s converted try before Janet Okello’s great individual effort brought the score to 7-5.

Wakaba Hara then landed a brace with Suda converting once for a 17-5 lead at the interval.

The Lionesses would lose Okello to the sinbin after the restart but this didn’t matter as Laurine Otieno intercepted a Japanese pass, scoring at the corner for 17-10 before Okello, back from the sinbin, landed a try to bring the score to 17-15 but Hara had the final say, her unconverted try seeing Japan reach the final where they will face Poland for the sole ticket to next season’s circuit.

The Lionesses will play China in the bronze medal match at 12.44am EAT.