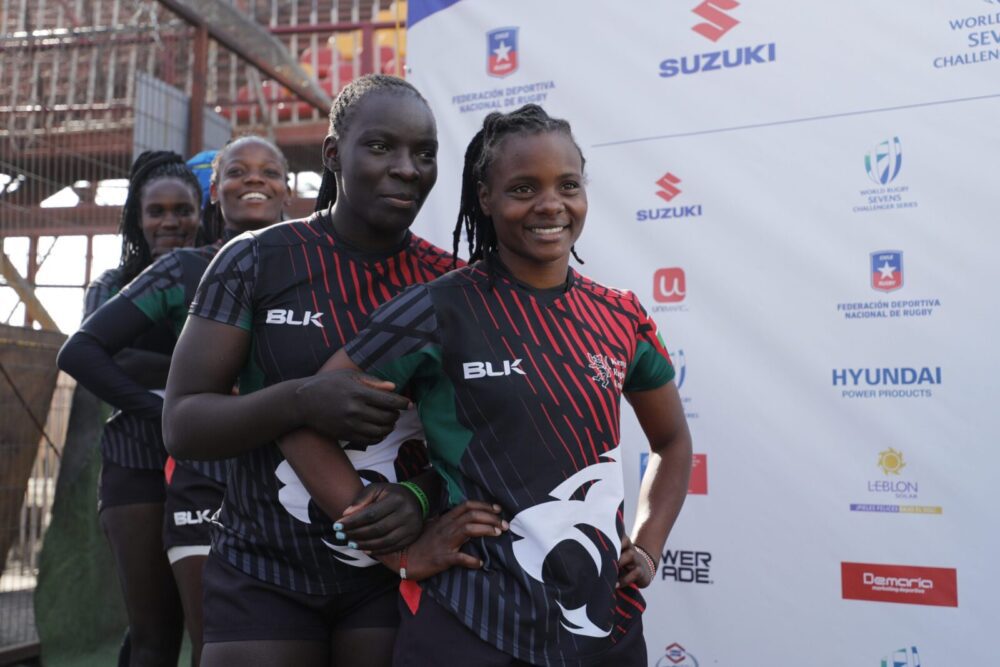 Sharing their comments on the World Rugby website, the duo said, In their own coach’s words, Kenya are in a rebuilding phase following last year’s Olympics. That’s what all their pre-tournament chat was about anyway. It might have been a bluff, however, for they were superb! Either way, in Santiago we all found out that this team has some very solid foundations.

They beat China – one of the strongly fancied teams – in their first match. Then they enjoyed a great win over South Africa, where they out-muscled and outplayed their African rivals to progress to the bronze medal match, where China ultimately sought their revenge.

Kenya were unpredictable, physical, aggressive and never afraid to take teams on. Nothing surprising there then, but they were also very well organised and in Janet Okello, Judith Okumu and Grace Okulu they have game-breaking players who will hopefully stay on the sevens scene for Kenya for many more years to come.

The Lionesses settled for fourth place after a 31-5 defeat to China in the bronze medal match. They had started their campaign with a 17-15 Pool D win over the Chinese, a 31-5 victory over African rivals South Africa before rallying from 0-5 to defeat hosts Chile 15-5 in their final pool fixture.

They would then defeat Argentina 24-7 in the quarterfinal before putting up a gallant fight in the 22-15 semifinal loss to eventual Challenger Series champions Japan.