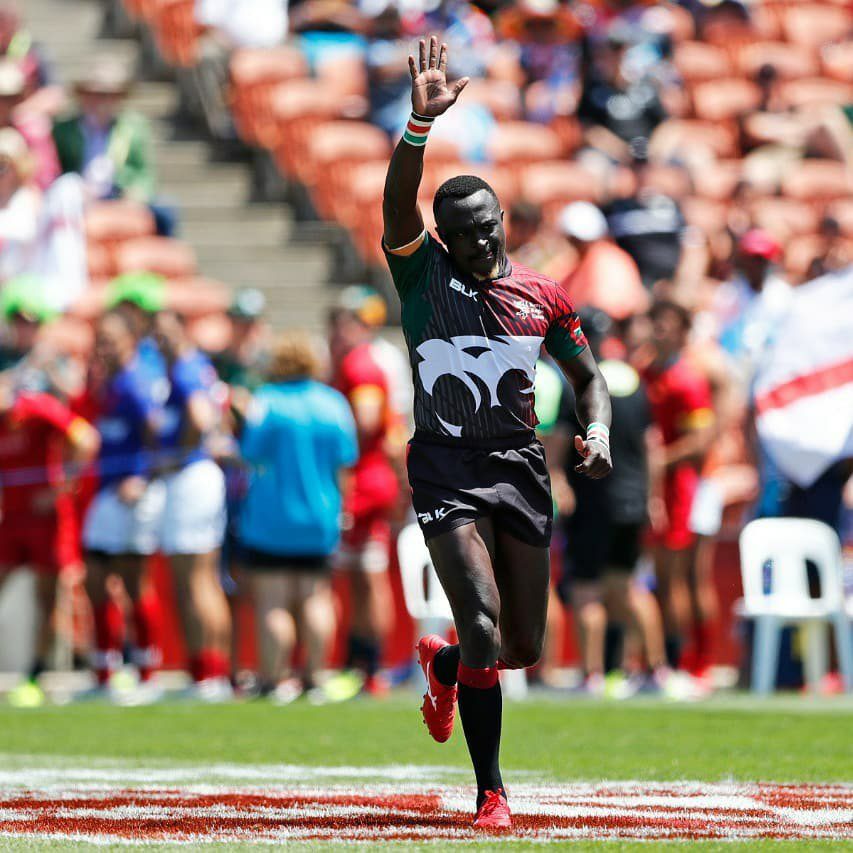 The Nairobi resident came by his record as a top try scorer in rugby sevens quite accidentally, but once he realised it was possible, he kept setting small goals to get him to the top of the series.

It is quite possibly his biggest message to rugby players, to make small goals and keep working to make them a reality.

Injera currently holds the position of second all-time leading try scorer on the series, a feat that still surprises him considering he did not even know what rugby was when he was a teenager at the Vihiga High School in Vihiga, Kenya.

He is second only to England’s Dan Norton.

The Fijian with the most points scored is Jerry Tuwai at number 20.

“It doesn’t matter where you come from, so long as you dream but once you have your dreams, you must set your goals. But work towards mini goals that will make you ultimately achieve your dream,” Injera said.

“You must stay true to your dreams by being disciplined and focused on it.

“You’ll be able to achieve anything because although nothing good comes easy, everything comes with a bit of sacrifice, it’s just a matter of what you’re willing to sacrifice.

“I also want to make it clear to aspiring rugby players to not beat themselves down when things don’t go their way. Don’t ever talk down upon yourself because everybody has a piece of this cake.”

Tournament director Jay Whyte said the McDonald’s Fiji Coral Coast Sevens, which was returning in its first post-COVID tournament, would be made bigger and more exciting by Injera’s inclusion.