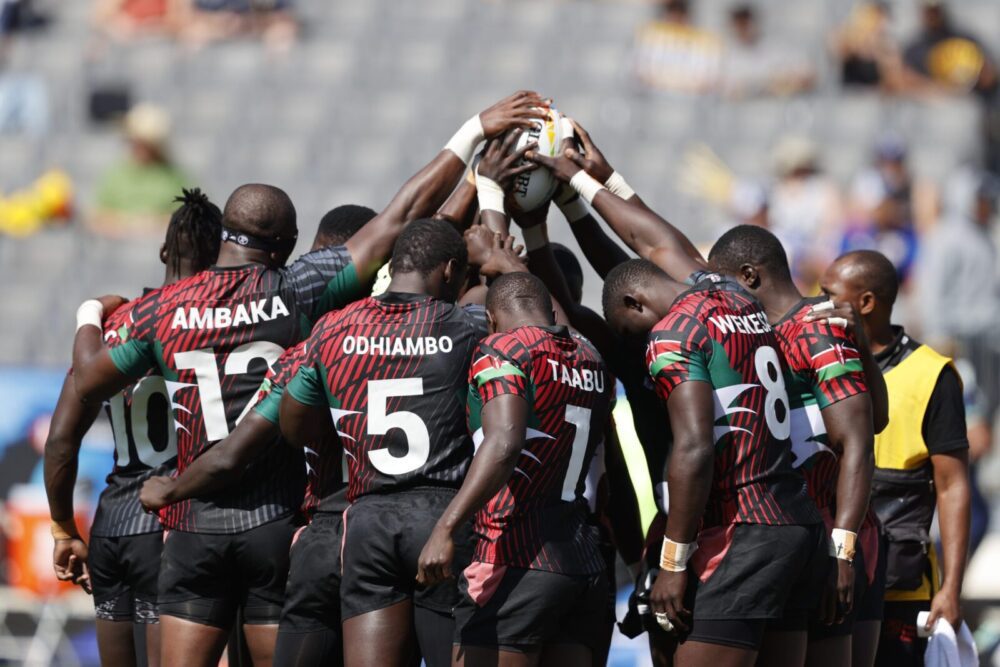 A 19 -14 win over England saw Shujaa keep their cup quarterfinal hopes alive at the season ending Los Angeles 7s at the Dignity Health Park in Los Angeles on Saturday 27 August 2022.

Willy Ambaka got the scoring underway, touching down with Sammy Oliech converting before Billy Odhiambo scored his 100th World Series try to give Shujaa a 12-0 lead at the interval.

This match looked to be done and dusted when Ambaka crashed over for his brace, Oliech converting for a 19-0 lead before England clawed back after a moment of Kenyan indiscipline that first saw Odhiambo sent to the bin for a lifting tackle before Kevin Wekesa followed him moments later for a late tackle that saw Shujaa concede a penalty try.

Tom Mitchell converted Charlton Kerr’s try at the death but Shujaa held on for the win.