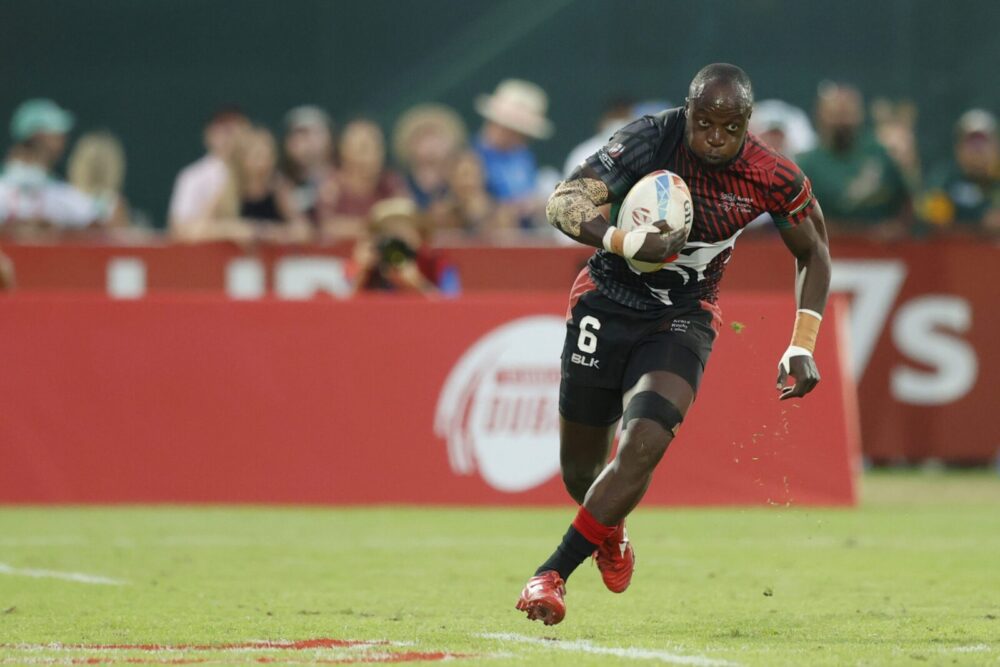 Trailing 14-7 at the interval, Shujaa exited the Los Angeles 7s cup competition after falling to a 40-14 defeat to title contenders Australia at the Dignity Health Park in Los Angeles on Sunday evening.

The Kenyans took the lead through Alvin Otieno, Samuel Oliech sure with the conversion for a 7-0 lead but the Aussies responded immediately, Dietrich Roach converting Matthew Gonzalez’ try to tie up the scores before adding two more points after Matthew Longbottom’s try following Nelson Oyoo’s yellow card just before the interval.

Australia were ruthless in early second half, capitalizing on the one man advantage to score back to bad tries through Henry Patterson and Josh Turner, Roach with one conversion as the game slipped away from Shujaa.

Roach then converted Patterson’s second try before Shujaa responded, Jeff Oluoch going over the whitewash with Daniel Taabu adding the extras but the Aussies were not yet done, Corey Toole rounding off the scoring, Roach sure with the conversion.

Shujaa will play in the fifth place semifinal against hosts USA at 11.25pm EAT.