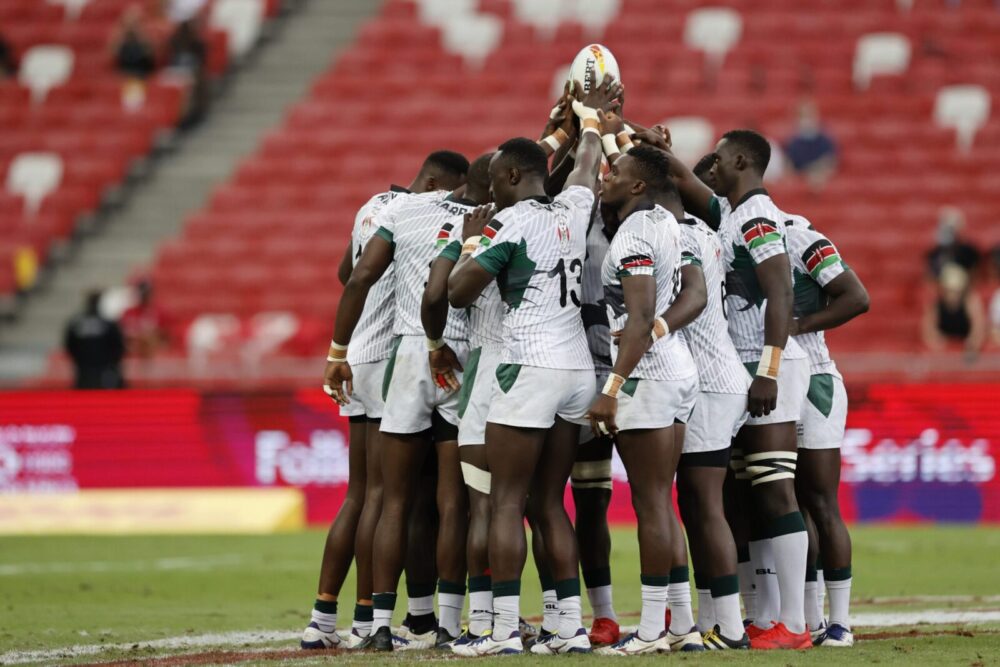 Shujaa reached the cup quarterfinals in Los Angeles with a gutsy 20-10 victory over Scotland, a result that saw Damian McGrath’s charges finish second in Pool D at the close of pool play at the Dignity Health Park on Sunday morning.

The Scots drew first blood through Kaleem Barreto’s unconverted try but Shujaa stayed in touch, finding themselves in possession as Billy Odhiambo and Tony Omondi combined to set up captain Nelson Oyoo for the equalizer.

It remained a topsy turvy affair, Scotland retaking the lead through Robbie Ferguson before Sammy Oliech stole down the blindside, availing the ball to Alvin Otieno who scored Shujaa’s equalizer,the teams tied 10-10 at the interval.

The opening two minutes of the second half were tense, both sides aware that a victory would guarantee them a place in the last eight.

Shujaa would run at the Scots from the middle of the park, Vincent Onyala eventually receiving the ball down the right flank, deep in the Scottish ’22. He would beat the opposing defenders with a deft step, touching down for the go ahead try before Billy Odhiambo’s 101st World Series try acted as a buffer, giving Shujaa the ten point lead that meant Scotland needed two tries and a conversion to win this game.

The Scots indeed came close but Willy Ambaka’s late intervention forced them into a knock on while grounding the ball. A further infringement moments saw them penalized, Kenya taking the ball into touch, a place in the last eight assured.

Shujaa will play their cup quarterfinal at 8.13pm on Sunday 28 August 2022 against the winner of Pool A who was yet to be determined at the time of preparing this report.