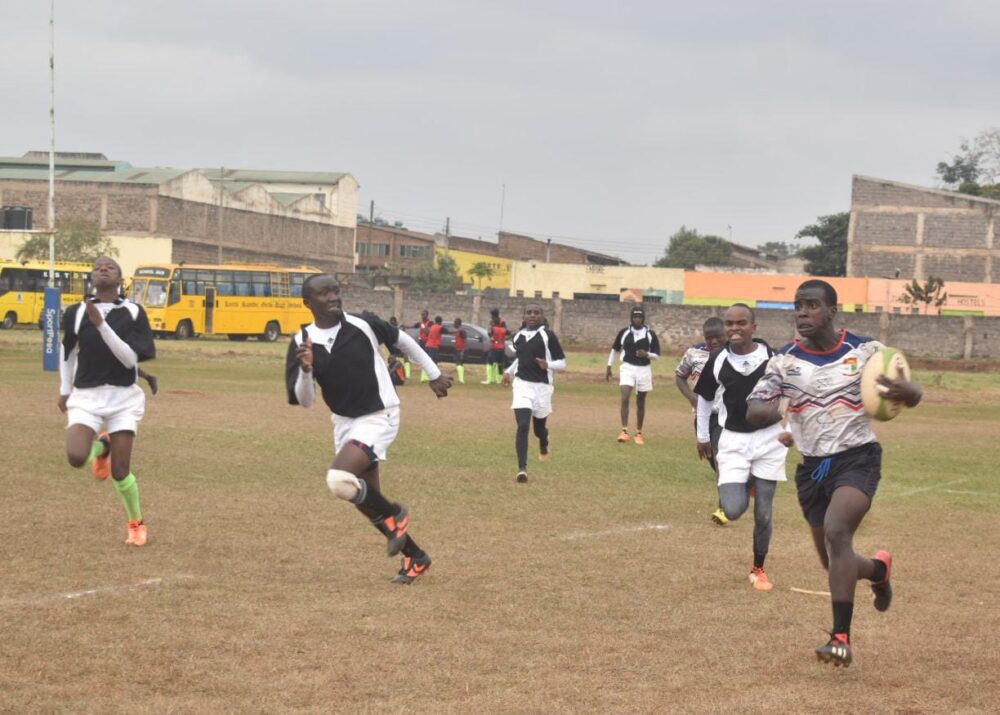 This is after the conclusion of the regional championships held across the country over the past week.  Ofafa Jericho and Upper Hill had already qualified from Nairobi and were joined by fourteen other teams from the Rift Valley, Western, Coast, Central, Nyanza and Eastern regions.

Hosts Rift Valley will provide four teams, namely Nanyuki, Menengai, Ngong Township and Kabianga. Nanyuki won the Rift Valley championship after defeating Menengai 3-0 on drop kicks in a tense final, the two sides tied 7-7 at the close of regular and extra time. Joining them at the nationals are Ngong Township and Kitengela who reached the semis, Ngong losing 10-0 to Menengai with Kabianga going down 21-0 to Nanyuki. Ngong eventually claimed third place with a 12-7 victory over Kabianga.

Koyonzo and Butula qualified from this region by virtue of reaching the regional final at St. Peter’s Mumias. Koyonzo would eventually win the regional title with a 26-5 victory over Butula.