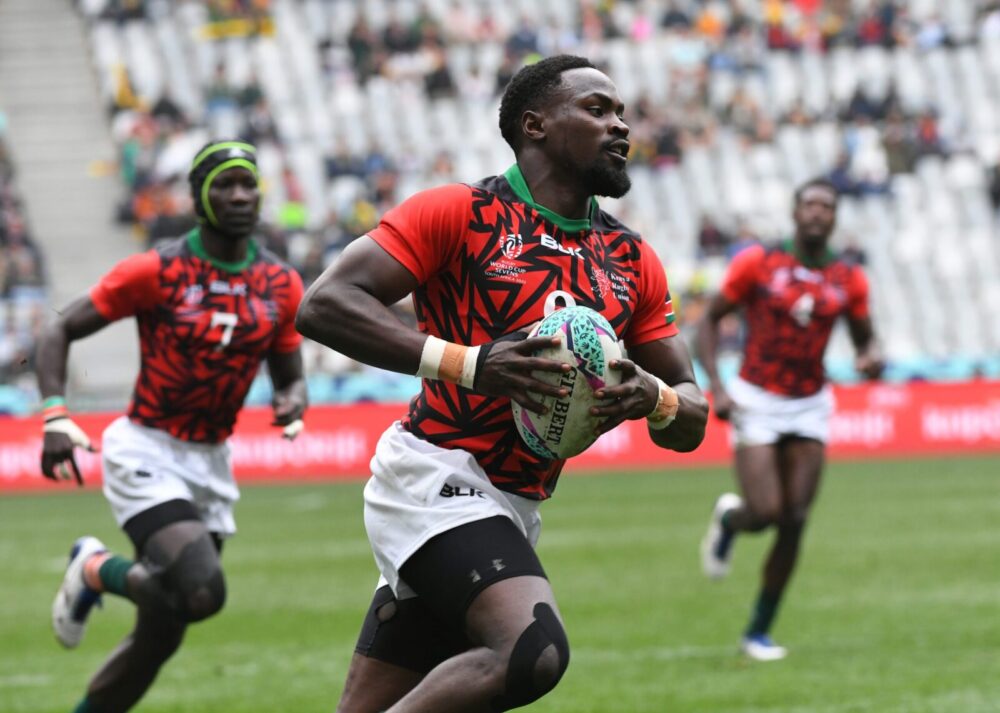 Shujaa are through to the Challenge semis at the Rugby World Cup 7s after defeating Scotland 24-5 in quarterfinal action at the Cape Town Stadium in Cape Town, South Africa on Saturday afternoon.

After a tentative start, Herman Humwa received the ball on the burst to race clear and score under the posts, Sammy Oliech converting for a 7-0 lead before further tries from Billy Odhiambo and Vincent Onyala gave Shujaa a 17-0 lead at the interval.

Speaking after the game, try scorer Odhiambo said, “”After a disappointing game against Argentina yesterday we were pleased to get the win. We stuck to our plan and held onto the ball, and the team that controls possession controls the game and with pressure comes points. That went really well for us. Piling on points in the first half really eased the pressure so we were more relaxed when playing and managed to execute a few plays.”

Shujaa will face England in the Challenge semis at 6.59pm EAT.