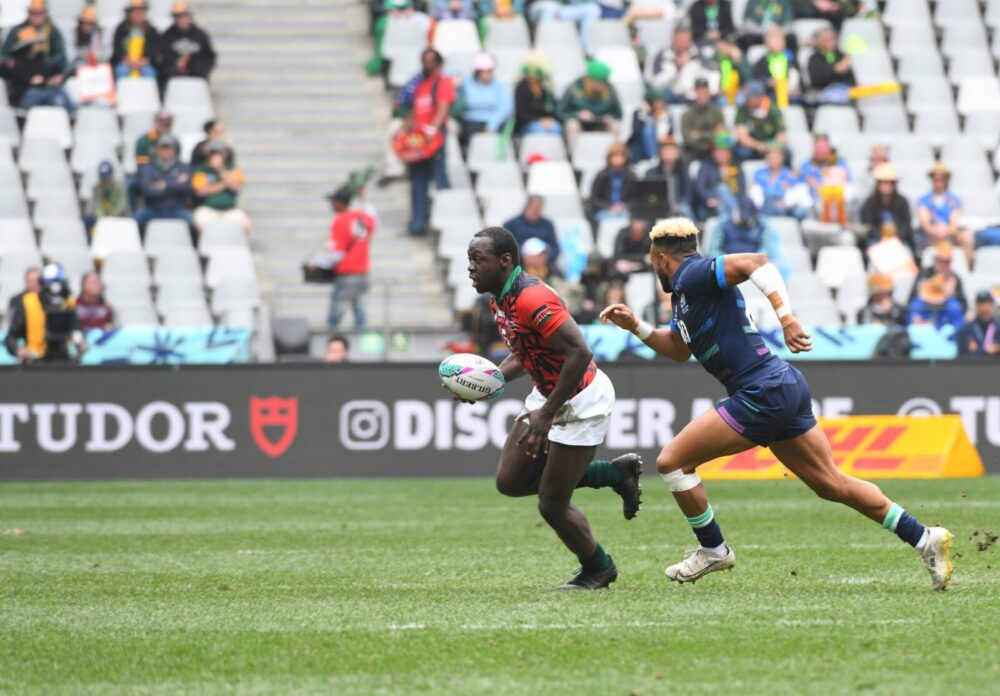 Spread the word!
Shujaa suffered a 36-0 loss to England in the RWC 7s Challenge Semifinal on Saturday 10th September at the Cape Town Stadium.
England took an early 7-0 in the opening minute of the first half with a converted try by Tom Emery. Jamie Adamson landed his side’s second try in the final play of this half for a 12-0 lead at the break following a missed conversion.
Second half, England landed four tries through Jamie Adamson, Tom Mitchel, Calum Randle and Will Homer with two tries being converted successfully.
Despite Shujaa’s efforts in attack, they were unable to break the English side which denied them any try-scoring opportunity.
Shujaa will now face USA on Sunday 11th September in the RWC7s Challenge 11/12 place at 5:42pm EAT.
Facebook Comments