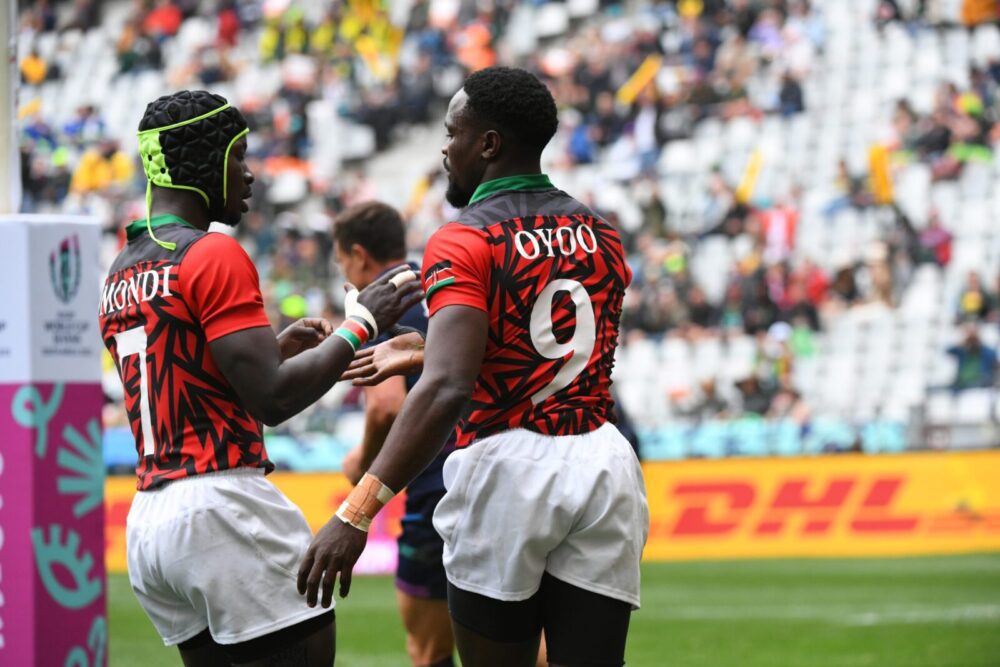 Shujaa closed out the Rugby World Cup 7s in 12th place after going down 26-19 to the USA in the 11th place playoff at the Cape Town Stadium in Cape Town, South Africa on Sunday 11 September 2022.

This match was an arm wrestle in the first half, Shujaa eventually going ahead after Vincent Onyala picked the loose ball and attacked on the blindside to score with Samuel Oliech converting.

This lead was shortlived as Lucas Lacamp touched down with Steve Tomasin to level the scores, 7-7 at the break.

Nelson Oyoo would then leave his opponents for dead with a turn of speed to give Shujaa the lead after the restart, Oliech converting for a 14-7 lead but Tomasin would then convert tries from Malachi Easdale and Perry Baker to put the USA 21-14 ahead. Baker landed his brace to take the USA to 26-14 before Onyala, having a blinder of a tournament in Cape Town, did the hard work down the left flank, availing the ball to Jeff Oluoch to score Shujaa’s third try as the side improved from their 16th position at the 2018 tournament in San Francisco.

Speaking after the game, Sammy Oliech said, “We shot ourselves in the foot, with our kick-off and lineouts. With a good side like USA, if you give them a sniff, they take it.

On positives from the weekend: “We’ve seen a number of things that we need to work on, and some things that we have worked on that are working now. I think the team coming together has really helped. Over the whole weekend, the team has got a lot stronger, we’ve gelled a lot better, gone through and had moments on and off the pitch – I think we can only get better from there.”