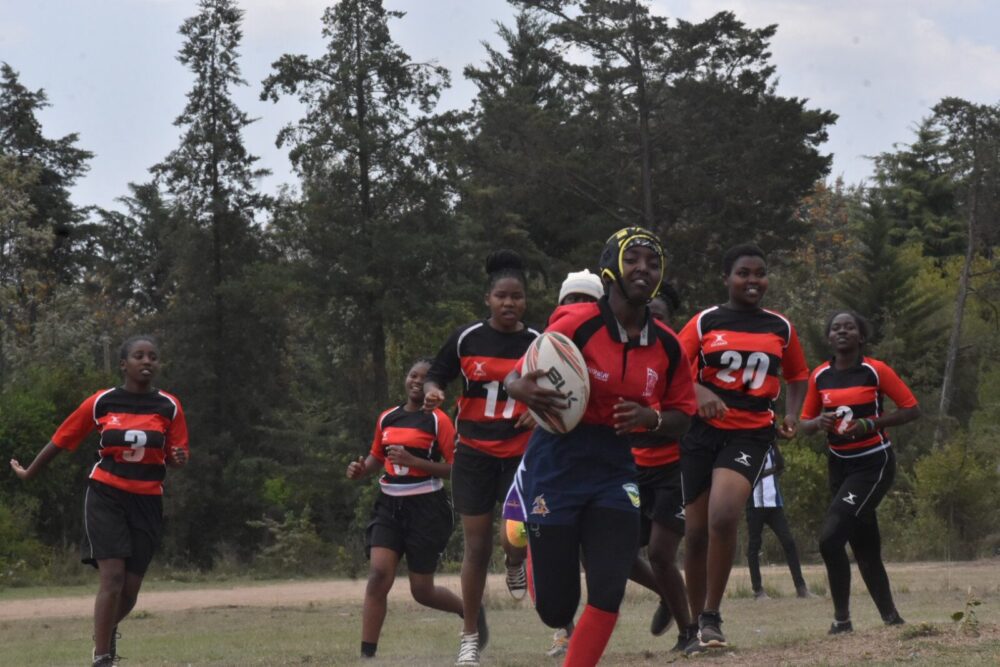 St Mary’s Mabera and Gatero Girls secured their berths to the KRU Girls’National 7s Championship after emerging victorious in their respective regional tournaments.

St Mary’s Mabera were victorious in Nyanza after defeating Aluor 36-0 in the final. The two sides had earlier met in pool play, Mabera winning this encounter 31-5 before defeating Nyakongo 37-0 while Aluor were 10-0 winners over Nyakongo.

Gatero Girls booked their ticket from the Central region despite a second place finish behind Nanyuki who lost out on the opportunity to play at the nationals after fielding an inelligible player.

Nanyuki won their three outings, 61-0 against Kaaga Girls before defeating Gatero 19-7 and benefiting from  a 24-0 walkover result over Ontulili Mixed.

Gatero also benefited from a 24-0 walkover over Ontulili before defeating Kaaga 45-0.

The KRU Girls’ National 7s Championship will be held in Nakuru on 7/8 October.