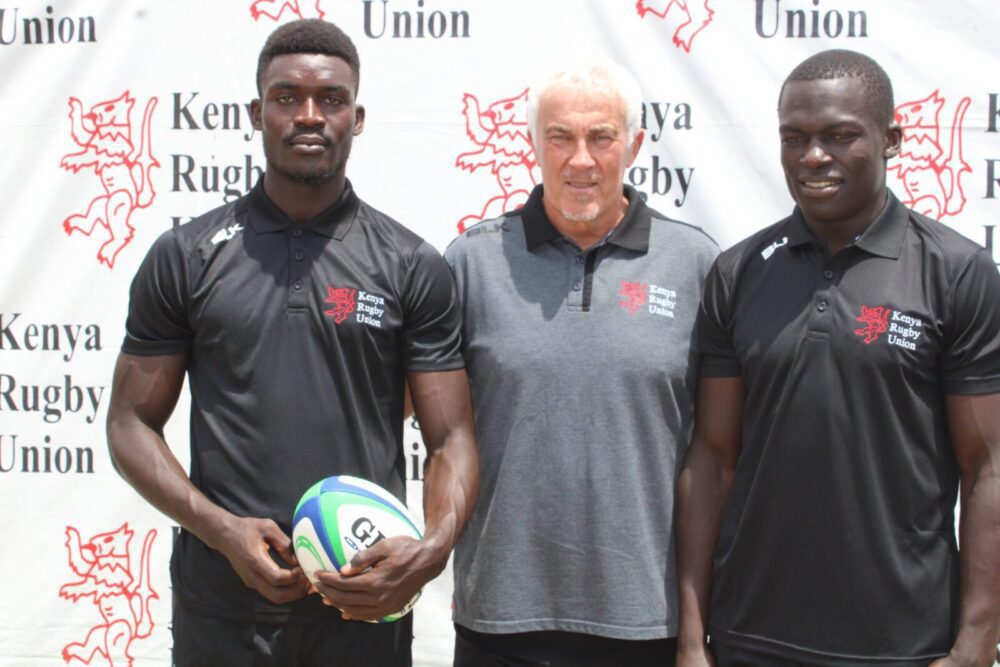 George “Japolo” Ooro and Dennis Abukuse are in line for their debuts as Shujaa begin their 2022/23 Sevens World Series campaign next week at the Hong Kong 7s.

The duo were standouts for their respective clubs during this season’s National Sevens Circuit and have been included in the 13 man team to the far east named by Head Coach Damian McGrath on Wednesday morning in Nairobi.

Nelson Oyoo captains the squad that will play out of Pool D alongside Argentina, Ireland and Canada.

Commenting on the squad selection, McGrath said, ““I have no club bias and I pick according to what I see and come across. These guys have been very impressive and lets hope they will give their best in Hong Kong. I am really pleased with many exciting players that we are adding into the system and the senior guys are now looking over their shoulders and knowing there is competition.”

Abukuse spoke about his selection to the team, saying, ““I feel so happy and I am thankful for the management for giving me this opportunity. It is through hard work and patience and I believe it always pays. For the past two weeks, I have learnt a lot and I am sure I will do well if given the opportunity in my first ever tournament.”