Winning start for Lionesses in Kampala 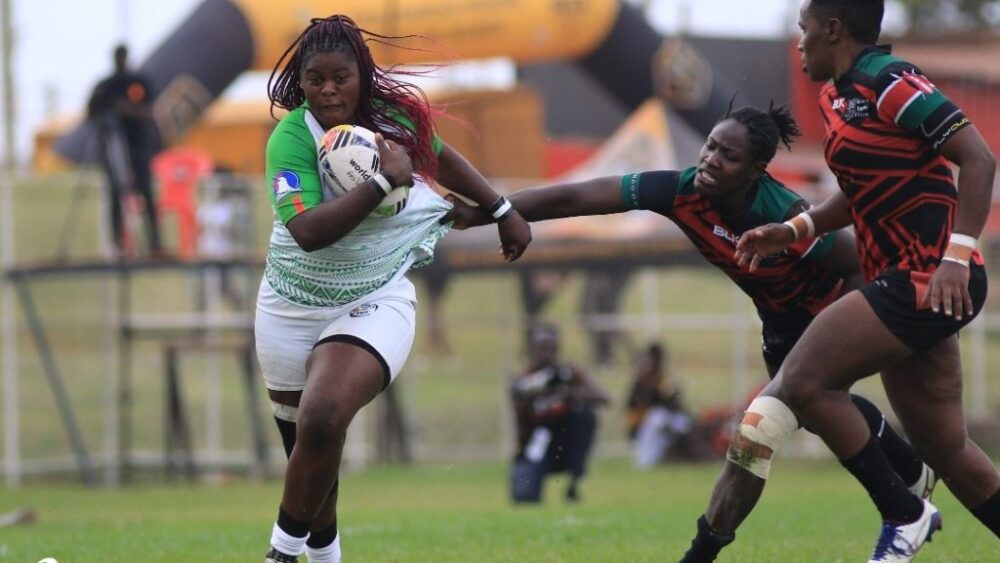 The Kenya Lionesses started their Rugby Africa Women’s Pool B campaign with a 36-17 bonus point win over Zambia at the Wankulukuku Stadium in Kampala, Uganda on Saturday 29 October 2022.

They were made to fight for the win against a stubborn Zambian side that refused to be easily put away.

Captain Peruz Muyuka landed an unconverted try for 5-0 lead before Grace Adhiambo converted Naomi Amuguni’s try for a 12-0 score after a period of dogged Zambian resistance.

Anne Goretti then added a drop goal for a 15-0 score before tries from Meryl Lyamba and Millie Katombo in between a Goretti penalty brought the score to 18-12.

Christine Lindo scored on the stroke of halftime to give the Lionesses a 23-12 lead at the break.

A change in the frontrow saw Natasha Emali come in for Evelyne Kalemera,giving the Lionesses the impetus in the forwards.

The fruits were soon borne when Leah Wambui went over the chalk, Goretti sure with the conversion for a 30-12 score.

Another Goretti penalty took Kenya 33-12 up before Lyamba added her brace,33-17 the score with 15 minutes to play.

Goretti then scored the last points of the game, drilling home a penalty to give Lionesses the lead and Pool B leadership heading into the crunch match against Uganda on 2 November.