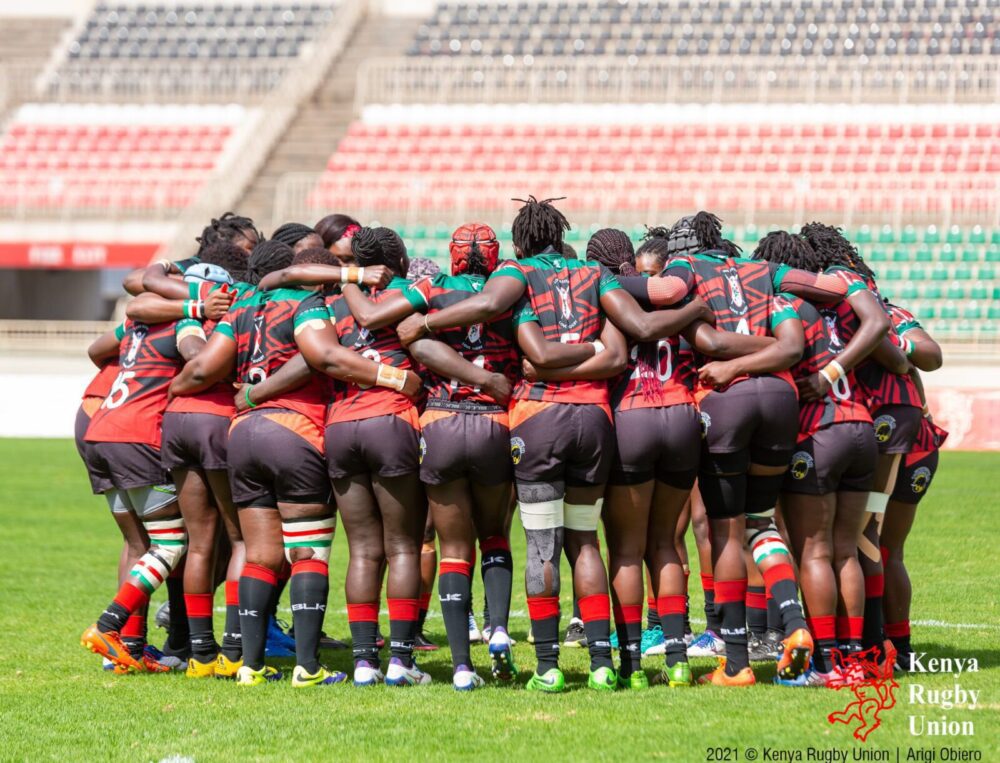 Head Coach Dennis Mwanja is looking for more consistent phase play as the Lionesses take on Uganda in their crunch Rugby Africa Women’s Cup Pool B encounter at the Wankulukuku Stadium in Kampala, Uganda on Wednesday 2 November 2022.

Speaking on Monday evening, Mwanja started by giving a quick overview of Saturday’s 36-17 win over Zambia, saying, ““We didn’t start off as we expected against Zambia. We played in the wrong territory, we were not kicking tactically, we did not use our opportunities well.”

“We also did not have consistency in our phase play. The girls were bullied physically; their body position was off. The ball also didn’t flow in the back line.”

Uganda’s Lady Cranes lay in wait on Wednesday and the former Kenya Sevens international said, “As we head into the Uganda game, we have adjusted our set pieces and have got clarity in our attacking and defensive structure. We’ve also addressed the issue of getting the backs more involved in the game and we expect all 15 starters to hit the ground running.”

“The whole team will be ready to step up, correcting our set pieces, improve our strike rate, playing in the right zones and building consistency in phase play by being able to string more than five phases.“

The Lionesses lead the Pool B on 5 points by virtue of scoring four tries that secured them the bonus point in the 36-17 result Zambia while Uganda are on 4 points, having missed out on a bonus point despite having defeated the Zambians by an identical score.

Meanwhile, the team also received a motivational call from the KRU Director of Women’s Rugby, Peris Mukoko, who encouraged them to put in another show-stopping performance and fly the Kenyan flag high.

The winner of the clash between Kenya and hosts Uganda will not only win the Pool B competition but will also qualify for next year’s Rugby Africa Cup which serves as a qualifier for the inaugural World Women 15s WXV in 2023.