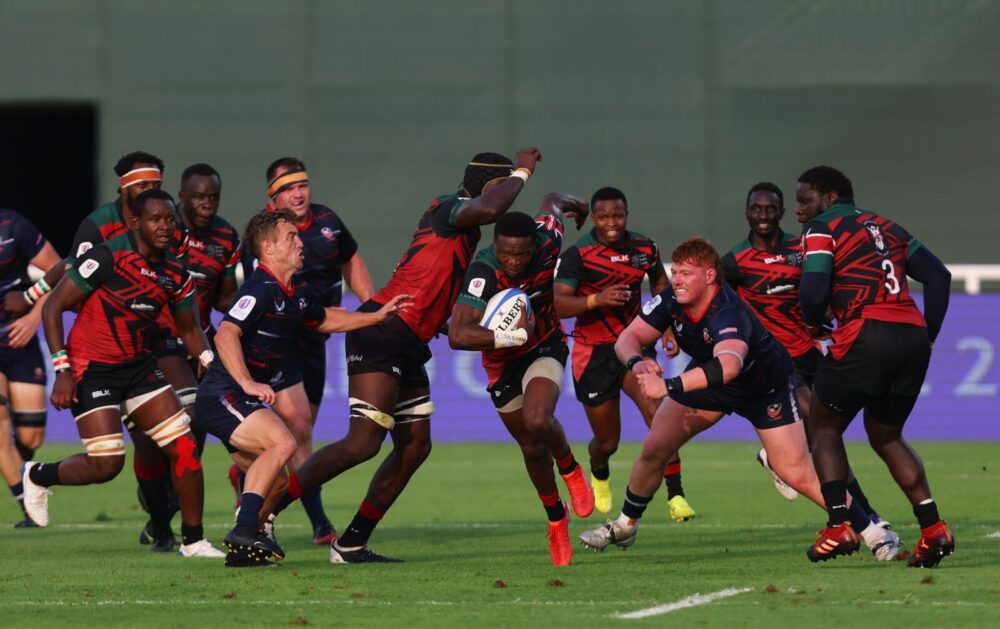 The Kenya Simbas opened their 2023 Rugby World Cup Repechage campaign with a brave fight against the USA Eagles which ended in a 68-14 loss at the Sevens stadium in Dubai.

The Simbas who started off the better of the two sides, backed by their spirited defense, kept the eagles at bay for 19 minutes until USA Hooker Dylan Fawsitt broke Simbas’ defense to give the Eagles a 7-0 lead just before the water break.

Further tries from Dylan and Jamason Fa’anana saw the Eagles head into the halftime break with a 19-0 lead.

The second half saw head coach Paul Odera bring on Joshua Weru for Bethwel Anami at eighth man, the 19-year-old marking his first cap for the Simbas with a try at the death. The Eagles would score another seven tries in the second half as Brian Juma went over for the Simbas, off a quick tap from his Kabras teammate Brian Tanga, assisted by Andrew Siminyu in the 54th minute. Darwin Mkudiza adding the extras in both tries,

The Simbas will be up against Portugal on Saturday 12th November at 3 PM EAT, in their second match of their Repechage campaign.