Eleven changes for Lionesses ahead of second test 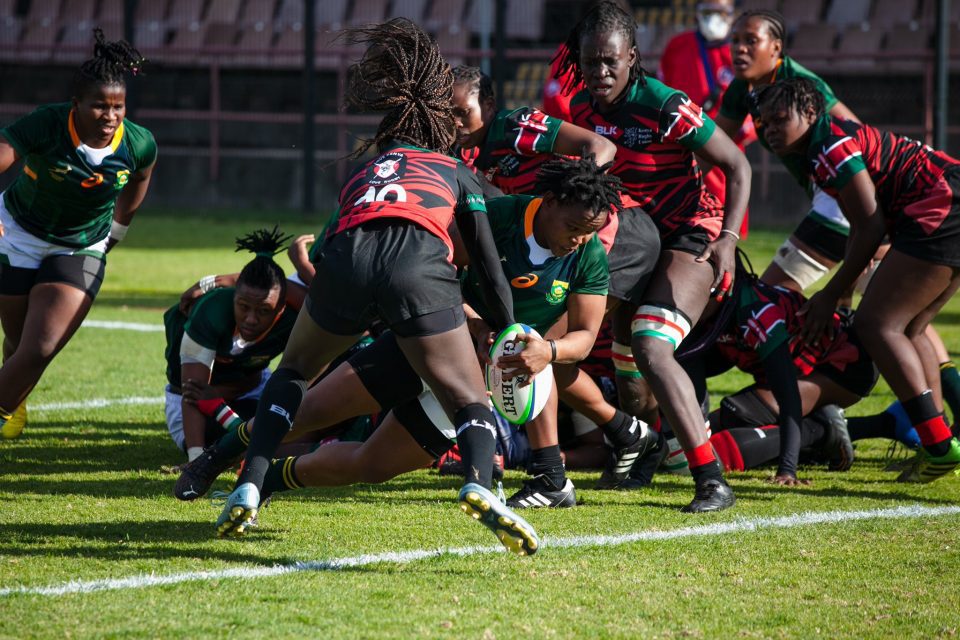 There are eleven changes to the Lionesses squad that started Thursday’s first test against South Africa ahead of today’s second test against the same opponent in Stellenbosch at 4.00pm EAT.

Five of these changes are in the forwards where Juliet Nyambura, Evelyne Kalemera, Bernadette Olesia and Leah Wambui who all came in from the bench on Thursday making the starting fifteen while Sheila Chajira who was uninvolved, starts at blindside.

Linet Moraa is the only back who is retained as Mitch Ocholla hands starts to Olympian Judith Auma who came in from the bench last Thursday as well as her fellow Olympians Grace Adhiambo Okulu, Christabel Lindo, Philadelphia Olando, Camilla Cynthia Atieno and Janet Okello who make their first appearances of the tour.

Commenting on the changes, Ocholla said, “It will be exciting to see the sevens players coming in on the 16th, they’re a bit more experienced and understand the test matches environment much better.”

The Lionesses lost the opening fixture 66-0 and are using this test series as a build to their Rugby World Cup Repechage qualification match against Colombia set for 25 August at Nairobi’s Nyayo National Stadium.