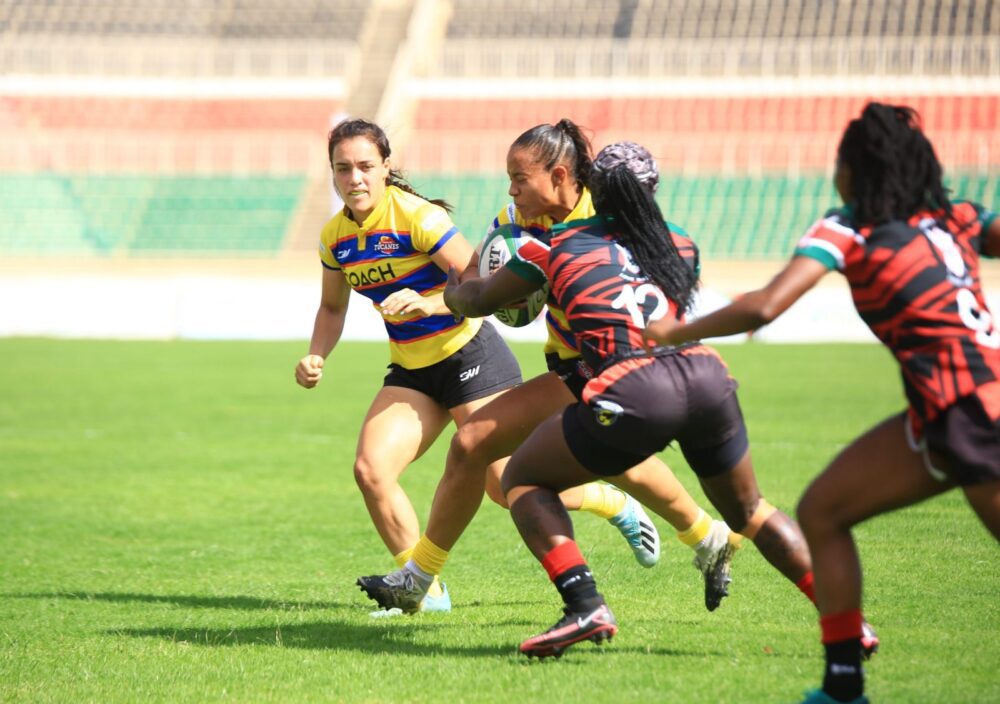 A hard fighting Lionesses fell to a a 16-15 home loss to Colombia at the Nyayo National Stadium on Wednesday, a result that ended their Rugby World Cup qualification hopes.

It was a close contest, both sides giving as good as they got but it was Colombian winger Maria Arzuaga who opened the scoring with two penalties for a 6-0 lead. The Kenyans had lost captain Julie Nyambura to the sin bin.

Arzuaga, who was voted man of the match went over the whitewash for an unconverted try, the South Americans leading 11-0 before Kenya number eight Leah Wambui benefitted from Bernadette Olesia’s hard work to touch down with Grace Adhiambo converting on the stroke of half time for an 11-7 score.

Adhiambo’s second half penalty made it 11-10 before Janet Okello scored from a quick penalty as Kenya led 15-11.

Yellow cards in quick succession to Wambui and Mitchelle Akinyi proved costly for the Lionesses who conceded a second try through Arzuaga.

Late Kenyan pressure came to naught, Colombia elated at the end as they secured repechage qualification at the expense of the Lionesses.