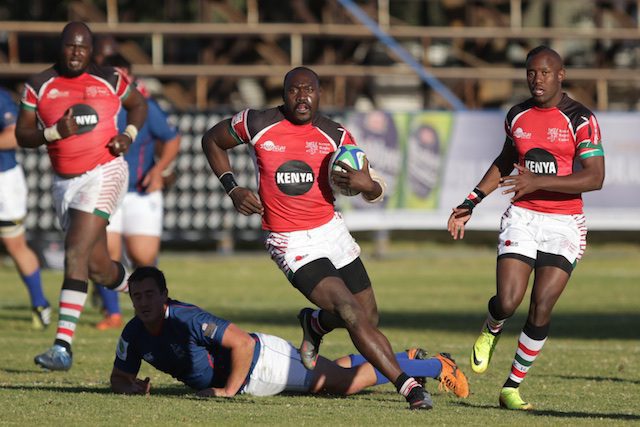 Sunday’s Stellenbosch Challenge semifinal will mark the 13th test between Kenya and Namibia.

It would be ten years before Kenya and Namibia renewed their rivalry, the Namibians winning a two test series in Nairobi.

They would continue with their dominance over their East African rivals, winning subsequent tests in Windhoek in 2004 and 2006 before an Oscar Osir inspired Simbas stunned the Namibians 30-26 at the RFUEA Ground on 9 September 2006, Kenya’s first ever win over Namibia.

The two sides would meet up seven years later in the Windhoek Tri-Nations in Windhoek, Namibia winning 55-35.

Subsequent meetings between the two sides have ended in Namibia’s favor, the last one in August 2018 seeing Namibia earn a ticket to the 2019 Rugby World Cup at Kenya’s expense.