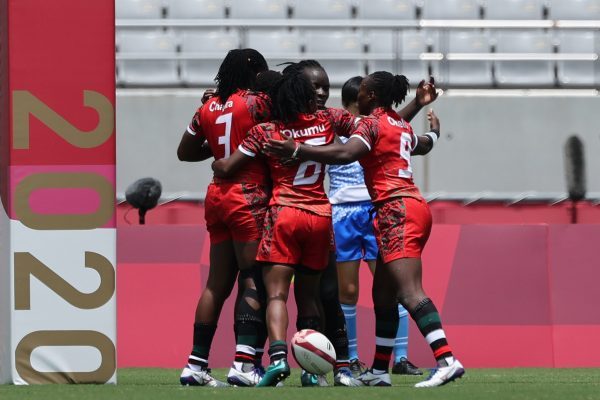 Kenya finished the women’s rugby sevens competition at the Tokyo Olympics in 10th place with a 24-10 defeat to Canada in the ninth place final on Saturday 31 July 2021.

The Canadians raced into a 12-0 lead through tries from Charity Williams and Bianca Farella, Ghislaine Landry adding a conversion before Janet Okello responded with a try before the interval.

Farella landed her brace after the restart to put Canada 17-5 up before captain Landry stepped up with a try and conversion for a 24-5 lead.

Diana Awino Ochieng, on as a second half replacement for Sinaida Aura Omondi added a second try for the Lionesses as Felix Oloo’s charges wrapped up their campaign in Tokyo in tenth place, improving on their eleventh place showing from the 2016 Olympics in Rio.

Playing out of Pool A, the Lionesses finished fourth at the close of the preliminary matches, losing 29-7 to New Zealand, 35-12 to the Russian Olympic Committee and 31-0 to Great Britain. They would then defeat hosts Japan 21-17 in the ninth place semi final on Friday morning.