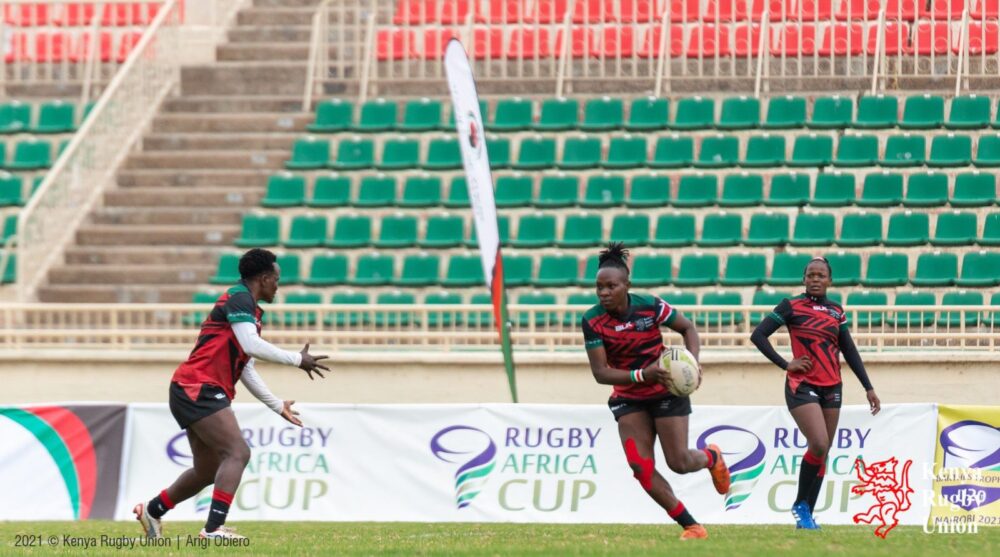 The Kenya Lionesses will face the Women Boks on Thursday 12th August at 4:00pm EAT in the first of two tests at the Stellenbosch Academy of Sports. This is part of their preparation for their Rugby World Cup Qualifier clash against Colombia on 25th August in Nairobi.

Speaking before their departure, Coach Mitch Ochola mentioned that there had been improvements in the team’s performance within the last month. “The quality has greatly improved courtesy of the training camps we have been having at the Parklands Sports Club as well as having more players in the set up from the various clubs we have locally. We have been working with various National Team coaches who have helped us work on our set pieces and ball-handling areas. The residential camps we have had brought the players together both on and off the field which is very key for us to play as a unit,” he said.

From the Tokyo contingent, only Leah Wambui and Judith Auma will take part in this first test while the other six are expected to be fielded on Monday in the second test, “I believe Head Coach Felix has done a good job with the players who came back from the Olympics, they look very sharp and their experience and skill will raise the morale of the larger squad,” he added.

The match will be streamed live on springboks.rugby