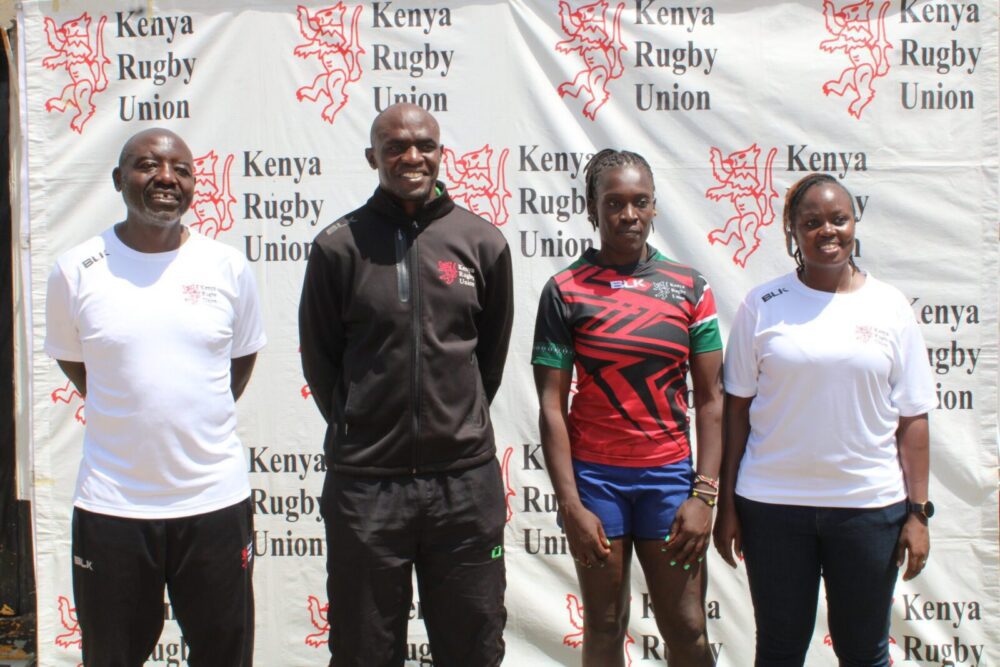 Head Coach Dennis Mwanja has named the Lionesses squad travelling to Uganda for the Rugby Africa Women’s Pool B tournament that kicked off in Kampala on Tuesday 26 October 2022.

Commenting during the squad announcement on Wednesday morning in Nairobi, Mwanja said, “The girls are very excited, we are equally excited as a technical bench. We’ve put in a lot of work in preparing for this tournament. The team has been challenging to name because of the talent and competitiveness within the squad.

“We have four debutantes, namely Natasha Emali who was a late call up who has proved her worth. We also have Hesla Khisa, another late call up who alongside Natasha has brought a lot of impact and shown her hunger to play for the Lionesses. The other two debutantes are Phoebe Akinyi and Naomi Jelagat who only started playing rugby two years ago, ” he added.

Lionesses captain Peruz Muyuka said, ”It’s not going to be an easy trip. We’re going to take each game at a time, we’re not going to underrate any team as we go there.”

The team departs for Kampala on Thursday 27 October and plays their first match against Zambia on Saturday 29 October 2022 before facing hosts Uganda on Wednesday 2 November 2022.