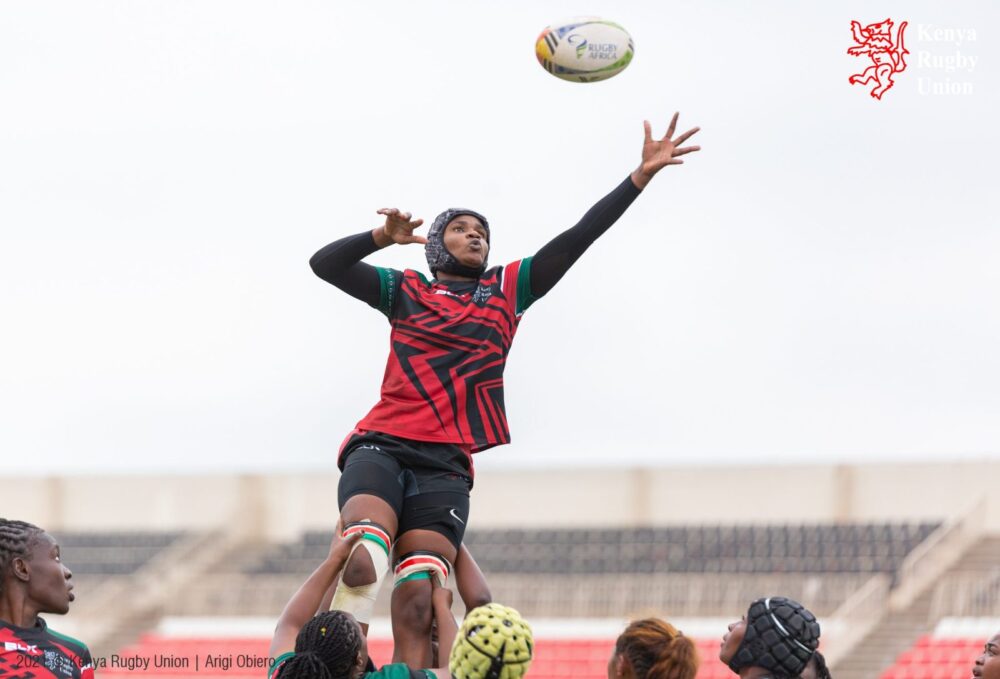 The Kenya Lionesses 15s team kicked off their two-test series against the Women Boks with a 0-66 loss at the Stellenbosch Academy of Sport on Thursday 12th August 2021. The ladies are in South Africa for the series as part of their preparation for their Rugby World Cup Repechage qualifier against Colombia on 25th August in Nairobi Kenya.

“We knew it was going to be a big game and mental preparation would be key. Leading up to the game, we had to prepare ourselves for anything that would happen. Confidence, positivity, and remaining calm under pressure had to be our closest friends,” said Captain Joy Kendagor.  “The Women Boks are very physical, so they ran hard on attack. That resulted in us focusing on the inside channels more but we will work better on covering the outside channels as well and pressing up on defense to ensure that we don’t miss any tackle,” she concluded.

Adding on to what the Captain said, Coach Mitch Ocholla and his technical team decided to explore the team’s depth in this first match, this was a decision that was agreed upon before departure. “We saw it fit to field those that haven’t taken part in any test match, majority of our current players have only played against Madagascar so for us, this is match can be used to gauge where we’re at,” he said. Ocholla also commended the team on the execution of the setpieces where the team did better than expected.

Having this first match as a baseline for analysis on their performance, the Technical Team will be looking forward to seeing how the team plays in the second test with the inclusion of the sevens players. “It will be exciting to see the sevens players coming in on 16th, they’re a bit more experienced and understand the test matches better,” he added.