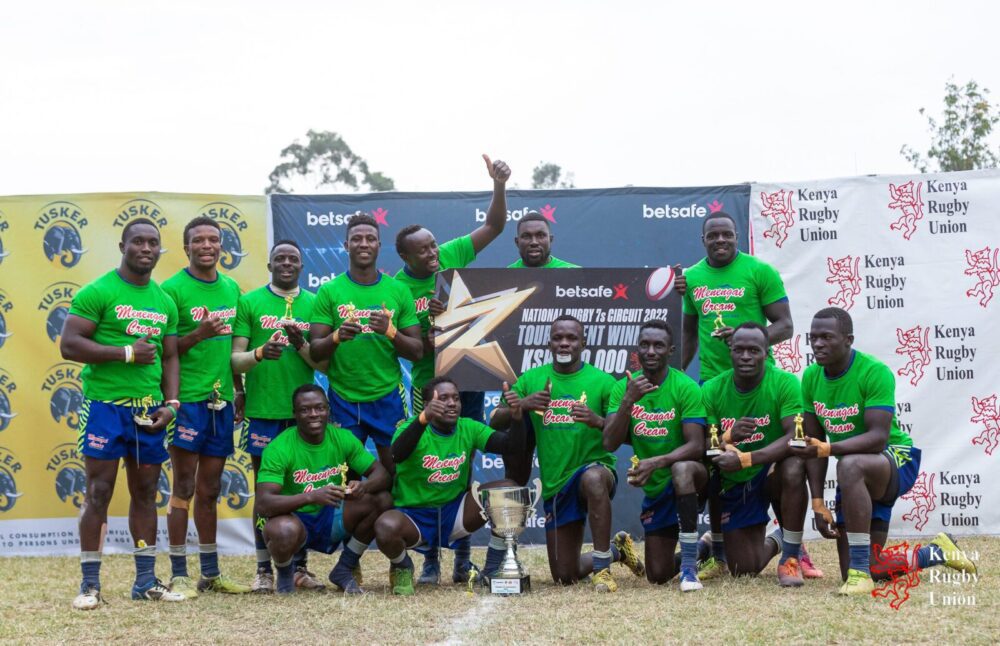 Menengai Oilers became the fifth winner of a National Sevens Circuit tournament after five rounds of the competition when they defeated the Strathmore Leos 12-7 in a closely contested final at the Nakuru Athletic Club in Nakuru City on Sunday 10 July 2022.

This match was tense from kickoff, both sides tentative in the early phases of play before Steve Arunga reacted quickest to a loose ball, picking it up on the bounce to score with Dennis Abukuse converting as they took a 7-0 lead into the break.

Timothy Okwemba then went over after the restart as Gibson Weru’s charges led 12-0 before they lost Geoff Ominde to the sin bin.

Strathmore capitalized on the one-man deficit to probe the Oilers, eventually getting points on the board through Brunson Madigu’s converted try. They spurned a chance to level matters when George Ooro spilled the ball, Ominde kicking the ball out to touch seconds later as Oilers bagged the famous win, their first ever National Sevens Circuit cup title.