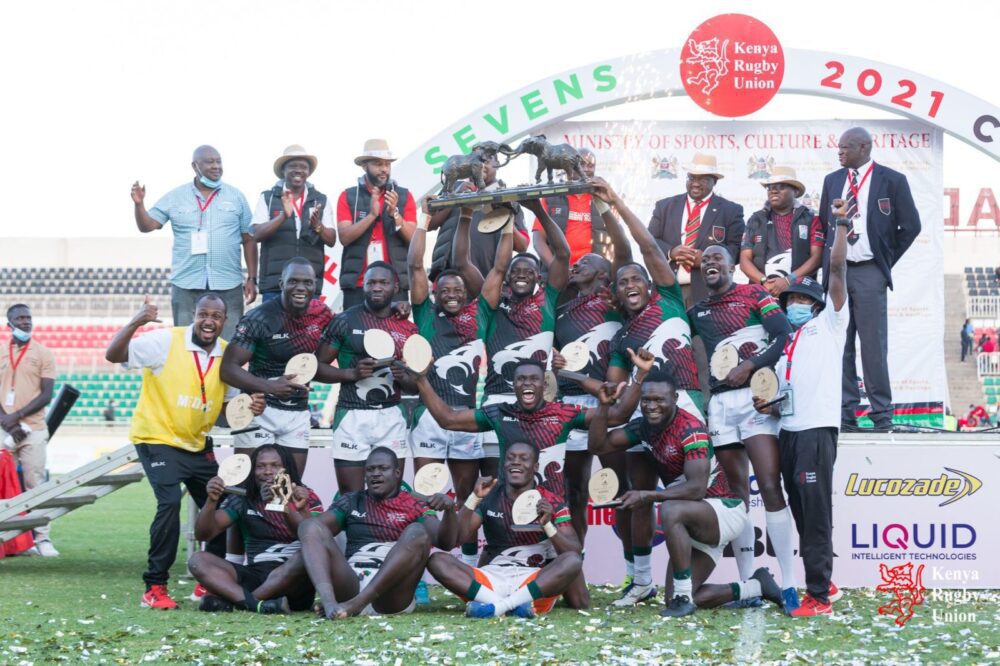 Shujaa are the new Safari 7s champions, lifting the Robin Cahill trophy after edging Germany 12-5 in a thriller-a-minute final at the Nyayo National Stadium on Sunday 30 October 2021.

Tournament MVP Alvin Otieno opened the scoring, finding himself in space and racing clear to score under the posts, Johnstone Olindi converting for a 7-0 score.

It remained a tight contest, Germany getting back into it on the stroke of halftime when Jack Hunt touched down, his unconverted try taking the scores to 7-5 at the interval.

The second half was an arm-wrestle, each team giving as good as they got. Shujaa would be dealt a blow when Collins Shikoli was sent to the bin but Germany failed to capitalize on the extra man. The Germans were down to six moments later when Carlos Soteras was sent to the bin.

Bush Mwale would make a darting run down the left flank, creating a platform for Herman Humwa to carry the ball closer to the tryline, Olindi picking up the ensuing loose ball, shimmying past his defender to score the decisive try as Shujaa reclaimed the title that they last won in 2016.