Simbas bounce back with big win over Zambia 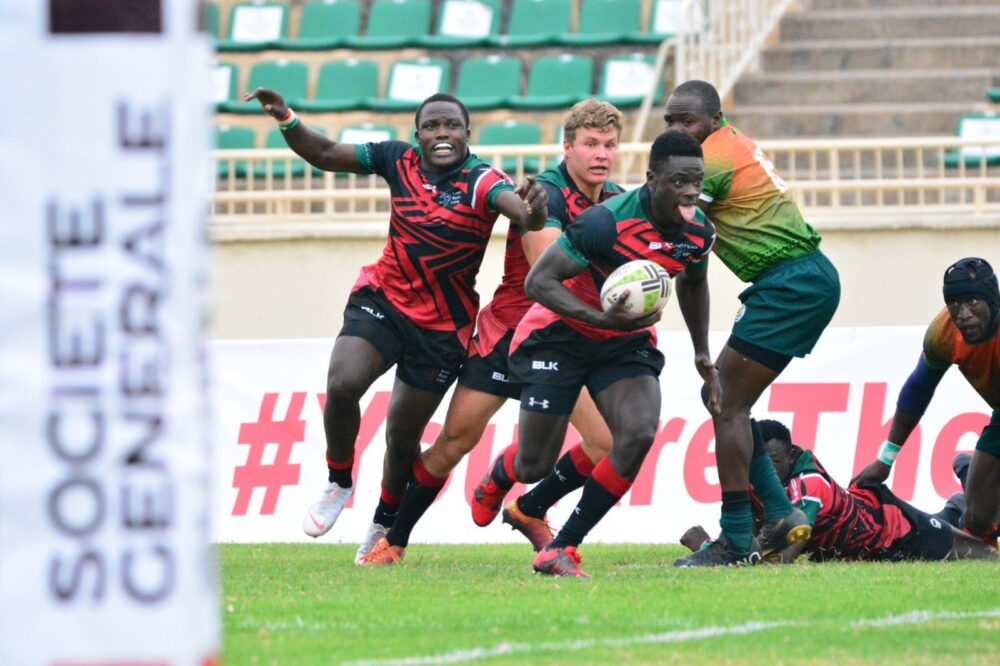 The Kenya Simbas bounced back to winning ways on Sunday evening with a massive 45-8 win over visiting Zambia. The game was the climax of what has been a busy three weeks of international rugby at the Nyayo National Stadium.

Man of the match Jone Kubu put on another clinic as he scored 18 points from two tries, one conversion, one penalty, and one drop goal to inspire Kenya past a nippy Zambia.

Heading into the game, Head Coach Paul Odera made up to six changes to the side that narrowly lost to Senegal in the first game. The changes seem to have worked like a charm as George Nyambua who came in for Thomas Okeyo scored a brace as Samuel Asati, who came in for Bryceson Adaka also played a huge role in Brian Tanga’s try.

First-half tries from George Nyambua, Brian Tanga, and Jone Kubu (2) complemented by two conversions from Kubu and Dominic Coulson saw Simba head to the break with a healthy 32-3 lead.

Simbas needed to win the game if they were to make it to the Rugby Africa Cup tournament next year that will act as the World Cup 2023 qualification tournament for Africa.

The break seemed to have slowed down the Simbas as they managed only two tries in the second half. Joshua Chisanga and George Nyambua powered over for Paul Odera’s side as Dominic Coulson managed to slot in a conversion and a penalty in the dying minutes of the game. Israel Kalumba went over for Zambia’s sole try.

Zambia will now finish bottom of Rugby Africa Cup Group B and will not take part in the qualifying tournament next year.