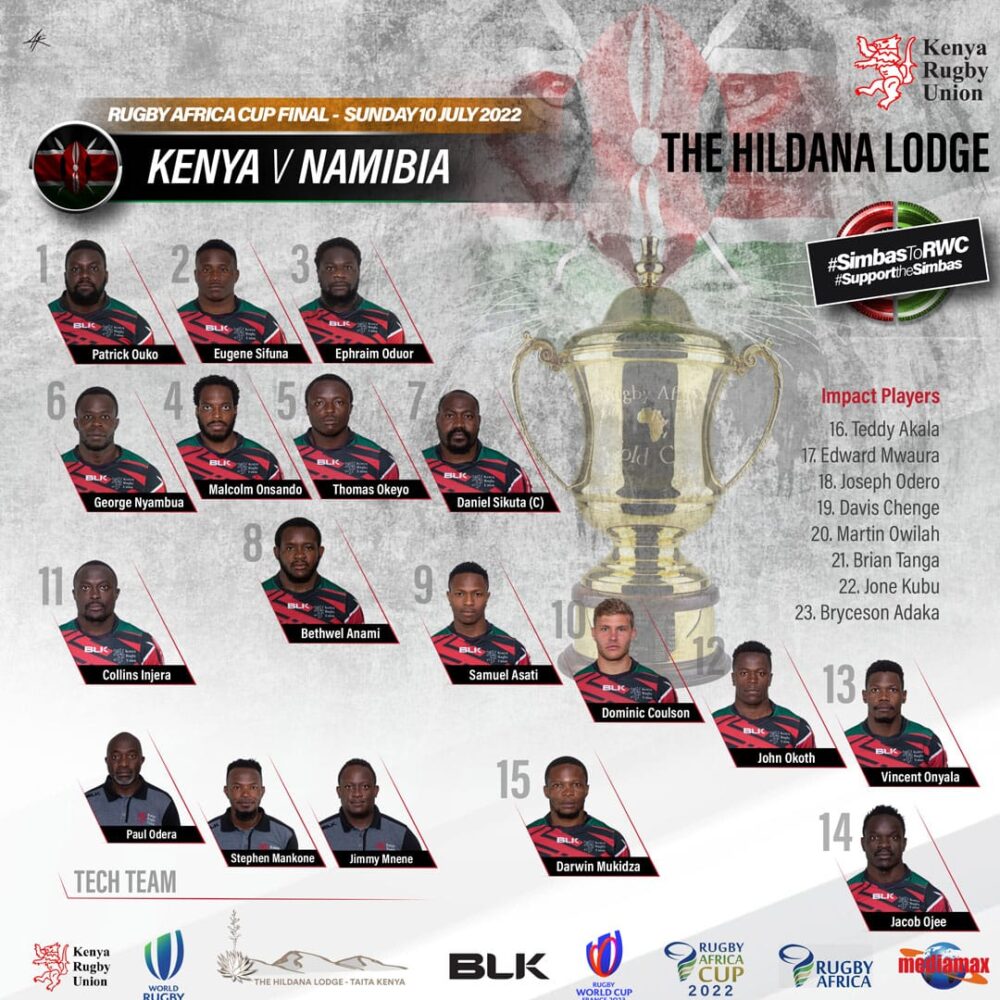 Kenya Simbas are looking to make history on Sunday 10th July 2022 when they take on Namibia in the Rugby Africa Cup final which doubles up as the 2023 RWC Qualifiers final. The match will kick off at 10:00 pm at the Stade Maurice David in Aix en Provence, France.

In the lead-up to this encounter, Simbas beat Uganda Cranes 42-7 on Saturday 2nd July at the Stade Maurice-David before edging out Algeria 36-33 on Wednesday 6th July in Marseille, France. Namibia on the other hand saw off Burkina Faso 71-5 in the quarterfinals followed by a 34-19 victory in the semifinal against Zimbabwe.

Speaking after the Simbas team naming, Head Coach Paul Odera said that after the semifinal against Algeria, the focus was on recovery to ensure the players are well rested both physically and mentally and ready for the match against Namibia. “Credit to the medical team, Steve Mankone and Dr. James Ondiege who have done a fantastic job with the players. It has been a case of less is more yesterday we had an SnC session in the gym and then we had the captain’s run this morning,” he stated.

Vice-Captain Malcolm Onsando added that the spirit in camp was high, “during our captain’s run this morning we ran through our line outs. We had a good session and we can see that everyone is fully switched on and ready for the final,” he said.

Paul Odera has retained the team that played against Uganda in the quarterfinals but with the inclusion of Bryceson Adaka. Collins Injera and Vincent Onyala who were rested on Wednesday due to knocks are back in the starting lineup as Simbas head for the final.

The winner of this encounter secures their spot in Pool A of the 2023 RWC as Africa one while the other gets a second chance with the repechage.