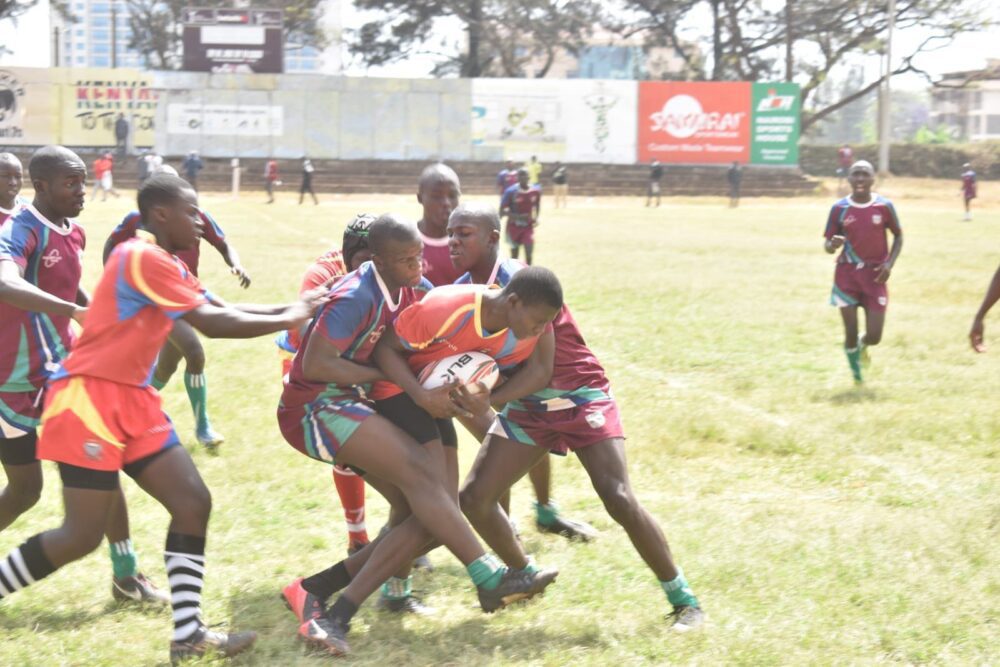 Vihiga High School and Kisii went unbeaten as the KRU Prescott Cup National Championship kicked off on Friday 28 October 2022 at the RFUEA Ground in Nairobi.

The teams from Western Kenya and Nyanza won both their matches, starting with a 22-7 victory over the Rift Valley’s Jomo Kenyatta before defeating Mang’u 26-3.

A fourth minute try and conversion from Owen Kedera gave Vihiga a 7- 0 lead.

Kedera was on hand to convert Victor Wawire’s try for a 14-0 lead before landing his brace to give Vihiga a 19-0 lead at the interval.

Kedera was having a blinder of game, converting his third try for a 26-0 lead before Franklin Wekesa drilled home a penalty for Mang’u’s consolation points.

Kisii, on the other hand, began their campaign with a narrow 13-12 victory over Ofafa Jericho before defeating Maseno 8-6 in their second outing.