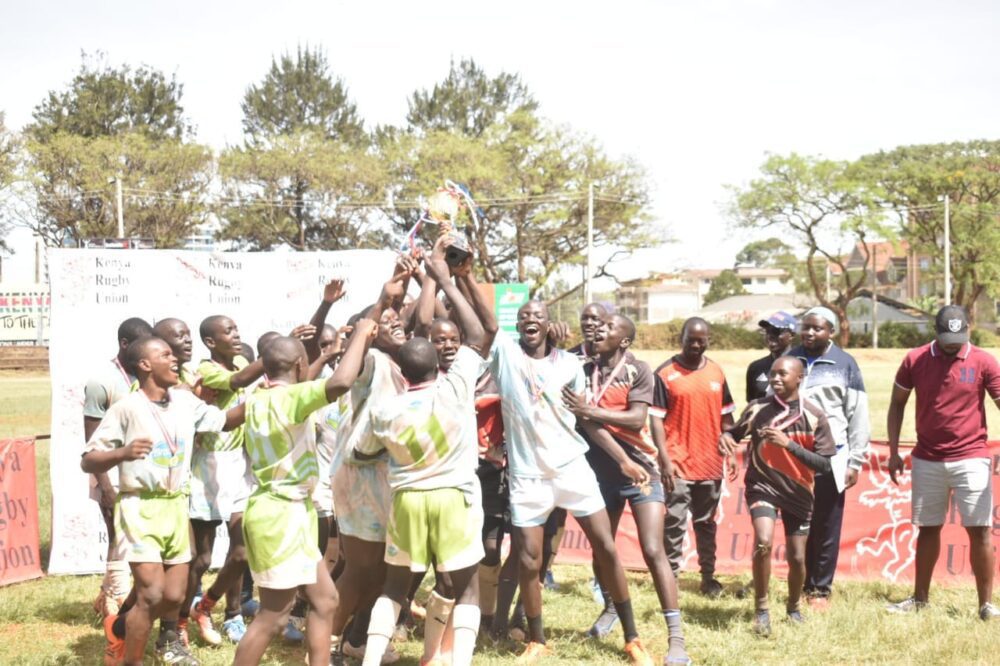 Building on a 7-5 lead at the interval, Vihiga High School pulled away to win the Prescott Cup National Championship with a 29-8 victory over Kisii High School at the RFUEA Ground on Sunday 30 October 2022.

The two sides topped their respective pools, unbeaten for that matter.

Kisii emerged unscathed from Pool A having registered victories over Ofafa Jericho ( 13-12), Maseno ( 8-6) and Utumishi ( 6-0). They were joined in the semis by second placed Ofafa Jericho.

Eventual winners Vihiga were top of Pool B, also unbeaten, having defeated Jomo Kenyatta ( 22-7), Mangu ( 26-3) and Kangaru ( 34-0) with Jomo Kenyatta reaching the semis after a second placed finish in the pool.

Kisii would reach the final with an 18-0 whitewash of Jomo Kenyatta as Vihiga stopped Ofafa 24-5 to set up the final date against Kisii, a clash that they emerged from triumphant.