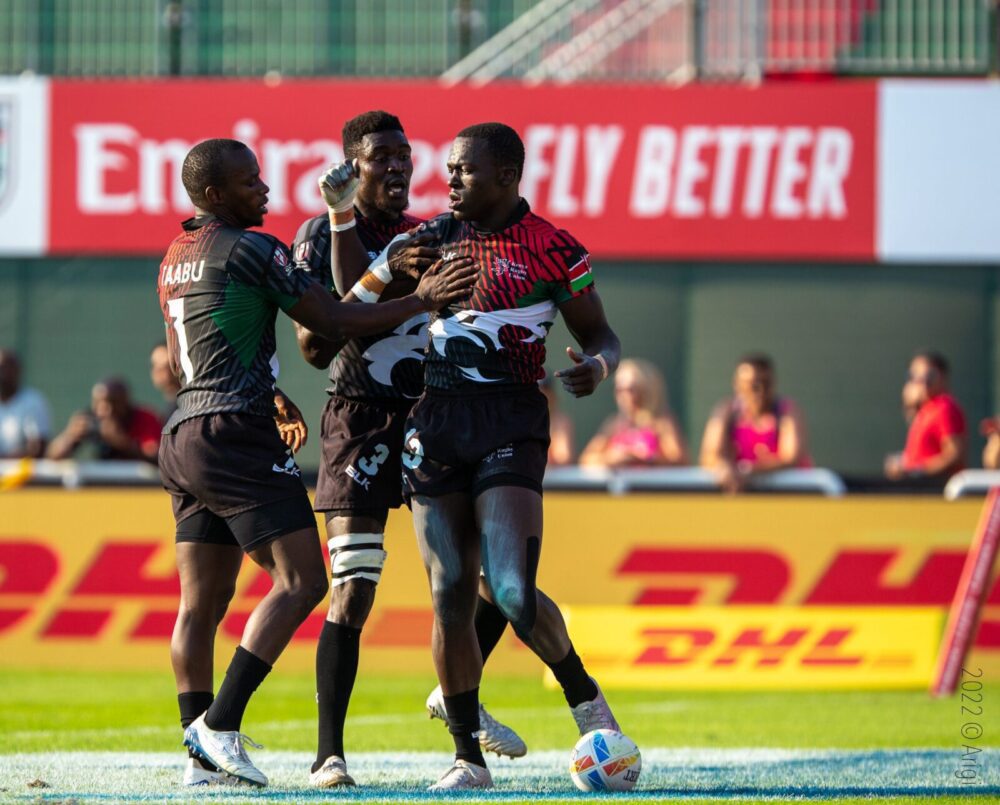 The Kenya Sevens Men’s team, Shujaa fell 12-27 to South Africa in their second Pool A match at the Sevens Stadium in Dubai.

The South Africans denied Shujaa the ball for majority of the first half resulting in the Damian McGrath side conceding three tries as JC Pretorious went over the whitewash in the first minute followed by Ryan Oosthuizen’s second minute try. Both conversions were unsuccessful giving Blitzboks the early 10-0 lead.

Impi Visser was next on the scoreboard as he extended his side’s lead with a center post try that was converted by Dewald Human for the 17-0 half time score.

In the second half, once Shujaa got possession of the ball and it resulted in a Tony Omondi try at the corner from an offload by Billy Odhiambo with Daniel Taabu slicing the uprights. However, the South Africans were not done as they went ahead to score two unconverted tries through Dewald Human and Ricardo Duarte. Shujaa got a consolation try as Denis Abukuse side stepped his defenders in Kenya’s 22 and raced down the pitch to land the second and final try of the match. Conversion was unsuccessful, FT scores reading 27-12 to South Africa.