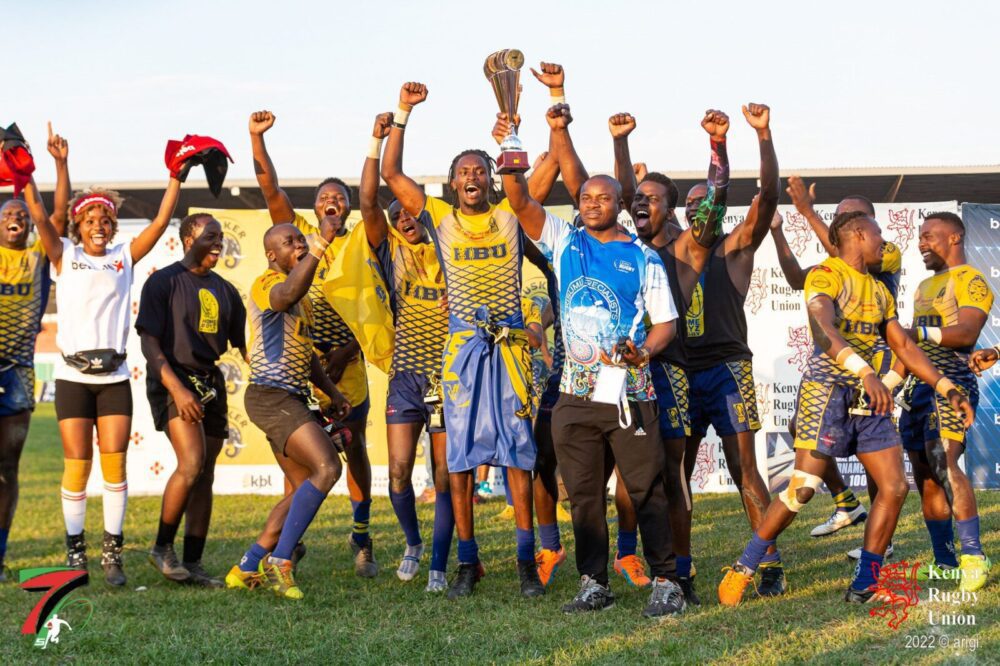 Dala 7s winners Homeboyz have been seeded first for the penultimate round of the 2022 National Sevens Circuit, the Prinsloo 7s set for 9/10 July 2022 at the Nakuru Athletic Club in Nakuru City.

The deejays, who became the fourth different winner on this year’s circuit, have been grouped in Pool A alongside Catholic Monks who held them to a 17-17 draw in pool play last weekend in Kisumu, Kabras Sugar and Western Bulls.

The second tier competition has attracted a total of 24 teams led by the Daystar Falcons who were relegated from the first division after an impressive four tournament run. Other teams to look out for in this tier include Makueni, Kabarak University, Egerton Wasps, Administration Police Warriors and Mount Kenya University.

Download the complete draws and order of play here https://www.kru.co.ke/download/2022-prinsloo-7s-draw-and-order-of-play/