Odera makes three changes to Simbas line up against Algeria 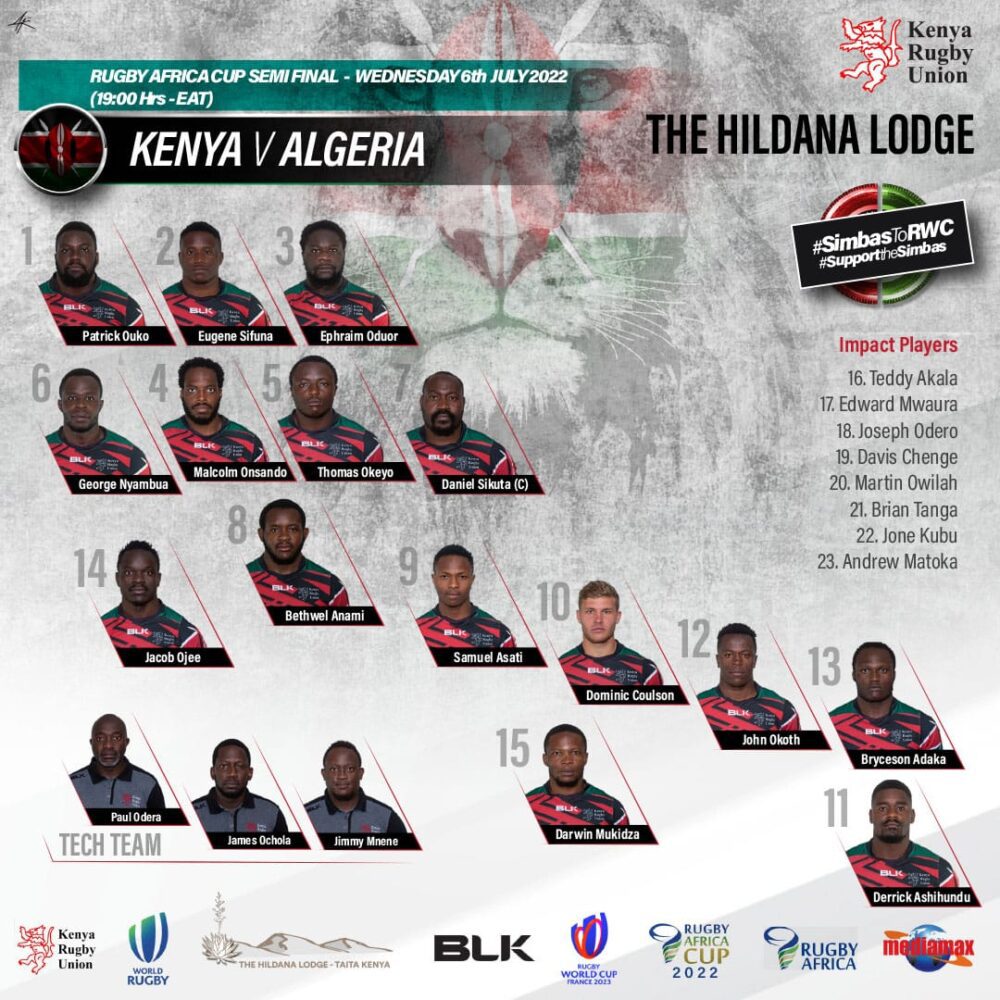 The Rugby World Cup Qualification semifinal match between the Kenya Simbas and Algeria will kick off on Wednesday 6th July at 7:00 pm at the Stade Pierre – Delort in Marseille, France.  The Kenya Simbas squad against Algeria has three changes from the team that faced Uganda on Saturday. 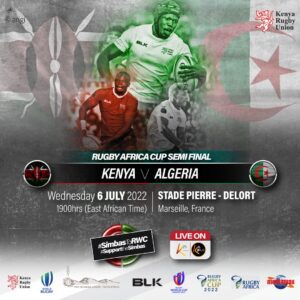 Head Coach Paul Odera has rested Vincent Onyala and Collins Injera due to injuries with Martin Owilah replacing Brian Juma as the substitute lock. All other positions remain unchanged.

Speaking after the team naming, Odera stated that they were looking forward to the match. “There’s a positive mood in camp in spite of the fact that we’ve had to make two changes due to injury. Injera has not been able to shake off an abductor strain that he got during the Uganda match, so Derrick Ashihundu comes in as the starting left wing. He also brings on a different type of rugby to the game, he is strong and quick and we’re excited to see him play in his first test.

Vincent Onyala has an ankle injury which is pain free at the moment but we didn’t want to risk him due to player welfare. Bryceson Adaka who was our starting 13 in the qualifiers last year comes in as the outside center,

The third change is in the bench where Owilah comes in for Brian Juma. Owilah covers both second row and back row plus he brings with him more speed as opposed to Brian’s power,” he said.

“We are confident in the squad and we believe that they will be able to put pressure on Algeria when the match kicks off,” he concluded.